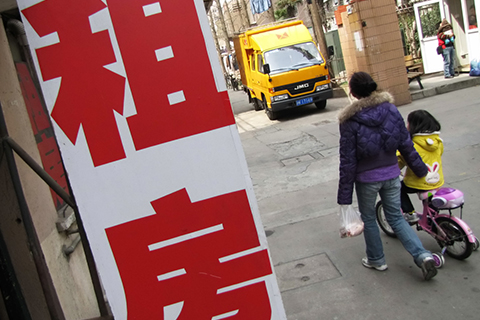 Ziroom says it raised 4 billion yuan ($621 million) — the largest amount ever to be pulled in by a Chinese apartment rental service provider, according to CEO Xiong Lin.

The haul, announced at a news conference Tuesday, coincides with a push by the central government to develop more rental housing, as skyrocketing housing prices have made owning challenging for many individuals and families.

Ziroom was valued at 20 billion yuan in the deal, Caixin learned from sources close to the matter. U.S. private-equity firm Warburg Pincus led the funding round, along with Sequoia Capital, Tencent Holdings and others.

The company will use the funds to increase its rental supply, boost supportive services, and invest in technology capacity and employee training, Xiong said.

Ziroom was established in 2011 by China’s largest property agent, Homelink. Ziroom leases apartments from individual owners and then subleases to renters after renovation. Similar to Airbnb, Ziroom provides rental services through its mobile app but mainly targets long-term renters.

This was Ziroom’s first funding round since it spun off from Homelink in 2016 to operate independently. Ziroom said that by the end of 2017 it was managing 500,000 rooms in nine Chinese cities, including Beijing, Shanghai and Shenzhen.

Ziroom plans to increase the number of rooms under its management to 800,000 this year, its CEO said.

China’s long-term rental market is heating up and drawing in more investors following the central government pledging policy support to boost the rental market, sources from Ziroom’s investors said to Caixin. The government’s goal is to both boost rental housing supply and discourage speculative buying that is contributing to soaring housing prices.

In March 2016 in his annual working report to the National People’s Congress, Premier Li Keqiang vowed to “put in place a housing system which encourages both renting and purchasing”. A series of policies have since been issued to try to increase the rental supply, including designating land in local government auctions for rental housing and offering preferential land prices to property companies that promise to build homes for rent.

Businesses and investors are betting on the fledging rental market as a new income stream.

“Investors are flooding into the long-term rental market,” said Tao Hongbing, vice president of Homelink. “But after the capital rush, the development of (the rental market) needs long-term commitments from different parties,” Tao said.

But turning a profit is still a challenge for Ziroom. So far, it has only reported a net profit in Beijing.