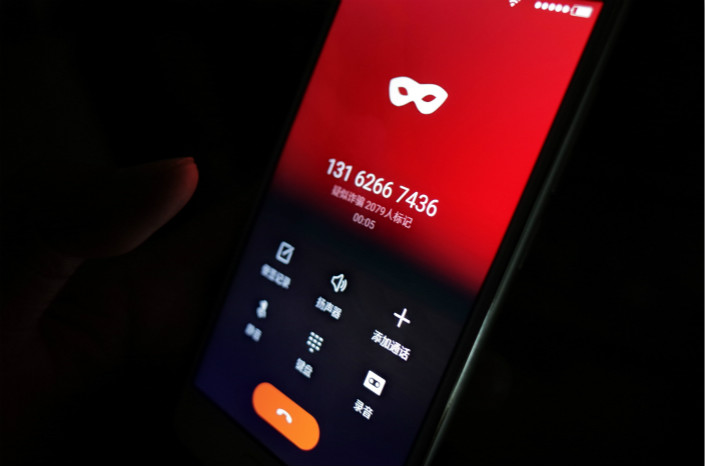 A security program flags an unknown mobile phone number for potential fraud in August 2016. A China UnionPay survey found that 60% of 105,000 respondents had been exposed to some kind of mobile-payment security threat, including fraud. Photo: Visual China

Mobile payments in China have increasingly made cash obsolete, but the convenience of the new technology has raised growing security concerns.

A China UnionPay survey of 105,000 people found that 60% had been exposed to some kind of mobile-payment security threat, including information leaks, fraud or malicious attacks.

QR codes — which are scanned using a mobile phone — have become the most popular payment technology in China, but fraud via this method is on the rise, the survey found. Nearly 30% of users reporting mobile-payment fraud said QR codes were involved, up from 15% last year.

For example, a common method of cheating users with QR codes involves using a fraudulent social media account, routing the scanned code to the thief’s payment account rather than to a retail establishment’s account.

Respondents reported risks were the highest during the opening of new accounts. To streamline the payment process, mobile platforms tend to use shortcuts — such as a mobile phone number — for user verification. But this can leave customers open to attacks, according to China UnionPay.

Older users were more vulnerable to fraud, the report found, with 59% of respondents above the age of 50 saying they had been cheated at least once. The investigation found that older people tend to be easily attracted to discounts, and may scan a given QR code more readily than younger users.