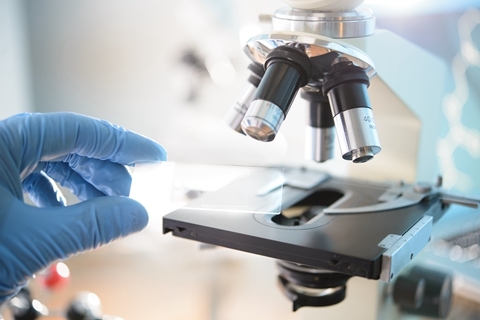 Innovent Biologics Inc. has raised a total of $490 million since its debut in 2011 from a long list of well-known global investors, include Lilly Asia Ventures and Temasek Holdings. Photo: Visual China

Chinese biopharmaceutical company Innovent Biologics Inc. is in talks with investors to raise $150 million ahead of a planned initial public offering, people close to the company’s management told Caixin.

The Suzhou-based cancer-drug maker is valued at more than $1 billion in the pre-IPO funding round, according to the sources. The company plans to list this year on either the U.S. or Hong Kong stock exchange, sources said.

In December, Innovent submitted an application to the China Food and Drug Administration to release what would be the country’s first domestically produced immunotherapy drug to treat cancerous tumors. Known as PD-1 — shorthand for programmed cell death protein 1 — the immunotherapy destroys cancer cells with the patient’s own immune system.

Globally, five PD-1 drugs are already available by the likes of Bristol-Myers Squibb and Merck & Co. In China, nine pharmaceutical firms are carrying out clinical tests of the therapy, including Jiangsu Hengrui Medicine, Shanghai Junshi Biosciences Co. and BeiGene Ltd. Some 10 other Chinese companies have also applied for clinical tests of their PD-1 drugs.

But as of now, Innovent has taken the lead in China on the immunotherapy. Yu Dechao, the founder and chairman of Innovent, told state media in August that he expected the new drug to be available for patients as early as late 2018, creating a sustainable revenue source to the company.

Wu Yunfei, a pharmaceutical analyst at Orient Securities, said Innovent is likely to use the proceeds from the current fundraising round to develop a combination of therapies based on PD-1 to gain a further competitive edge.

Innovent netted $260 million last November in its Series D round of fundraising. That was a fundraising record in China’s biotech sector — and one of the largest biopharmaceutical industry funding events in 2016 in the world.

The company has raised a total of $490 million since its debut in 2011. Its long list of well-known global investors include Lilly Asia Ventures, Temasek Holdings, Eight Roads Ventures and China’s Ping An Insurance Group.

The latest funding round will bring Innovent into the ranks of so-called unicorns — or companies valued at more than $1 billion. Its planned IPO could raise more than $200 million, according to a report by Bloomberg.

It is unclear whether Innovent will list in Hong Kong or the U.S.

Some analysts said Innovent sees the U.S. as offering it the ability to build up its influence in the global market. But Hong Kong could also be attractive listing venue, especially after the bourse operator recently proposed changes in listing rules for biotech firms. The Hong Kong stock exchange said it will ease requirements on biotech listings by allowing loss-making startups to debut when their valuations top HK$1.5 billion (about $190 million) and meet other criteria.

If the new listing rule are implemented as planned later this year, Innovent will qualify to list in Hong Kong.

Innovent joins a number of Chinese pharmaceutical firms that recently tapped into the global capital market amid investors’ growing enthusiasm for the sector. Last September, Shanghai-based Zai Lab Ltd., which is developing cancer medicines, raised $173 million in its IPO in the U.S. Meanwhile, Wuxi Biologics Cayman Inc., which debuted in Hong Kong in June, has seen its shares rise more than 100%. Shanghai-based Hua Medicine is also considering listing in Hong Kong or New York.

This article was updated to clarify that the investors of Innovent include Eight Roads Ventures, an investment arm of Fidelity International Ltd.