By Xiao Ying and Liu Xiao 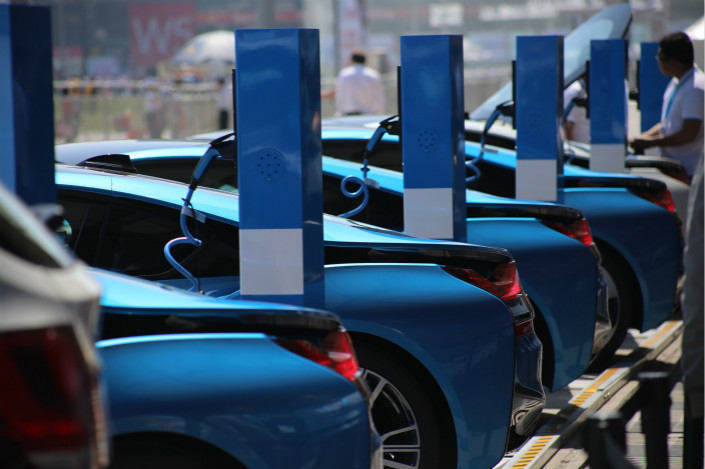 BMW electric cars charge in Shanghai on May 11, 2016. China’s government is beginning to phase out electric-vehicle subsidies this year, will total removal of the program expected by 2020. Photo: IC

An industry official has said China will start phasing out subsidies for electric vehicles this year and put an end to the incentive program by 2020.

The statement offers official confirmation of the beginning of the end of China’s generous electric vehicle subsidy program, which has been running since 2010 and has helped the country take a leading position in the industry.

The official, Wu Zhixin, vice president of the China Automotive Technology and Research Center, which sits under the State-owned Assets Supervision and Administrative Commission, said a plan to phase out the subsidises has been drafted and is awaiting approval.

The proposed plan includes a four-month transition period, during which some vehicles can still qualify for the same subsidies they received in 2017, Wu said at an industry conference on Wednesday.

Wu told the state-run China Daily that the plan to phase out subsidies for electric vehicles by 2020 was scheduled to be released by the end of 2017, but it was delayed due to controversy.

Ministries involved in the decision-making process, including the Ministry of Finance and the Ministry of Industry and Information Technology, have since reached a consensus on the draft and have submitted it for final approval, Wu told the China Daily on Thursday.

Caixin first reported the plan to phase out subsidies in November, citing sources with knowledge of a closed-door meeting convened by regulators.

The source said that subsidies will be slashed by 20% in 2018, rather than in 2019 as originally planned, with the subsidies scheduled to end after 2020.

Since 2010, both central and local authorities have been handing out generous subsidies to support electric-vehicle research and provide incentives for consumers. The drive helped China became the world’s largest electric-vehicle market by 2015. However, overcapacity has become a growing problem, as entrepreneurs have swarmed into the market to tap the lucrative state handouts.

The China Association of Automobile Manufacturers has forecast electric-vehicle sales will grow by 29.9% to an estimated 1 million units this year, up from 770,000 in 2017.