By Zhu Liangtao and Zhang Qizhi 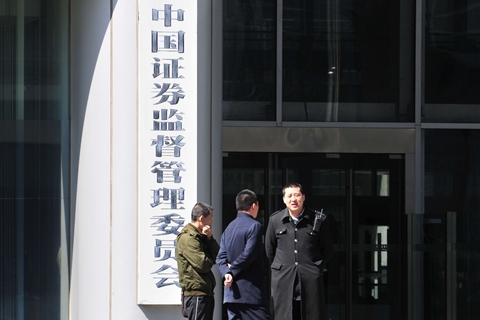 The China Securities Regulatory Commission (CSRC) announced its intention to impose the penalty in a preliminary ruling, Tebon Securities, the underwriter of the bonds, said in a statement release on Wednesday.

The final decision will be made after Wuyang Construction and “related parties” are given the opportunity to put their case to the regulator, the statement said.

An investigation by the commission found that Wuyang Construction, a privately owned project engineering and construction company based in the eastern province of Zhejiang, had forged accounts payable and accounts receivable data, concealed its bad debts and inflated its profits.

Chen Zhizhang, the chairman of Wuyang Construction, told Caixin on Wednesday that the company disagreed with the regulator’s decision and would request a hearing to defend itself.

In August, Wuyang Construction failed to repay interest and principal on its 800 million yuan 15 Wuyang bond, which then triggered a default on another 560 million yuan bond issue, 15 Wuyang 02, leaving a combined default of 1.36 billion yuan. Both bonds were listed on the Shanghai Stock Exchange.

Wuyang was the first company to default on a public bond placement following the implementation in 2015 of the CSRC’s Administrative Measures for the Issuance and Transactions of Corporate Bonds, regulations governing corporate bonds listed on the country’s two stock exchanges. As such, there is no precedent to follow and the measures do not contain a clear procedure for handling the default and the resolution of the debt. Conflict between the bond issuer, intermediaries and investors has also held back progress.

But the CSRC’s investigation and decision now open the door to legal action against the company and the intermediaries involved in the bond sales, including the underwriter.

“The official document (from the CSRC) about the fine gives us the basis to launch a lawsuit against the company for fraud,” one bondholder told Caixin, declining to be named. Investors are also considering suing intermediaries such as the bond’s main underwriter Tebon Securities, he said. The securities firm has not made any public statement about the issue.