By Zhang Erchi and Coco Feng 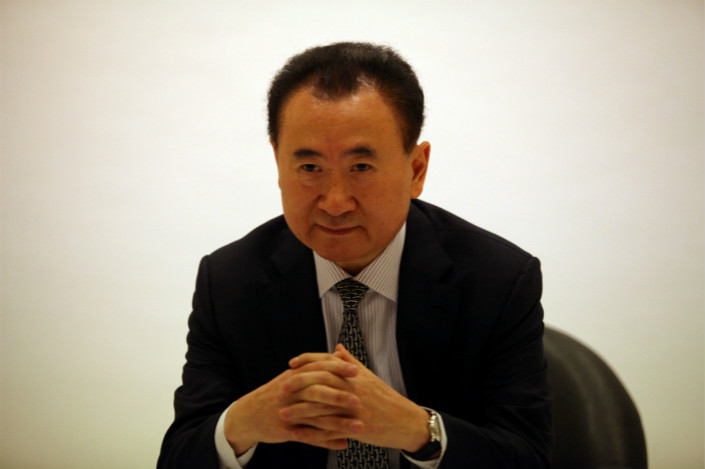 Wanda Group Chairman Wang Jianlin said the company had wanted to turn its Wanda Internet subsidiary into a large business, and that was a mistake. Photo: Visual China

Wanda Group Chairman Wang Jianlin has acknowledged that the real estate giant has sunk too much money into its internet subsidiary, which recently made enormous job cuts.

The acknowledgment was Wang’s first public statement about the recent shake-up at Wanda Internet Technology Group, which at its peak employed 3,000 people.

At Wanda’s annual meeting on Saturday in the northeastern city of Harbin, Wang said the parent company had invested too much in Wanda Internet and had wanted to turn it into a large business, which was a mistake.

The subsidiary, formed in October 2016 with focuses on e-commerce, digital payments and internet finance, reported 5.86 billion yuan ($915 million) in revenue in 2017, making it the worst-performing Wanda unit as it met only 90.1% of its annual target.

Among Wanda Internet’s problems is a partnership with IBM to bring the latter’s cloud computing services to China.

The partnership has already ground to a halt, according to people familiar with the matter. The partnership is in jeopardy because IBM couldn’t provide a new-generation data center, but only an older one, geared for small and midsize enterprises. In addition, Wanda couldn’t persuade IBM to cover a greater share of the hardware costs, which was important because Wanda Internet was already burning through much of its parent company’s cash, sources said.

Several former Wanda Internet employees told Caixin that the failure of the subsidiary resulted mainly from a traditional real estate mindset that it applied to the internet businesses. For example, the parent company didn’t give management enough autonomy and required employees to check in at 8:30 a.m., even if some had worked late the day before.

At Saturday’s meeting, Wang vowed to revive the company with a lighter business model, burn through less cash and develop products on its own.

Wang said that the company is talking with a world-class internet company about a strategic partnership to create a new internet technology company. It is possible Wanda will restart talks with several U.S. technology companies, such as Google LLC and Facebook Inc., that it had previously approached for a cloud computing partnership, Caixin has learned.