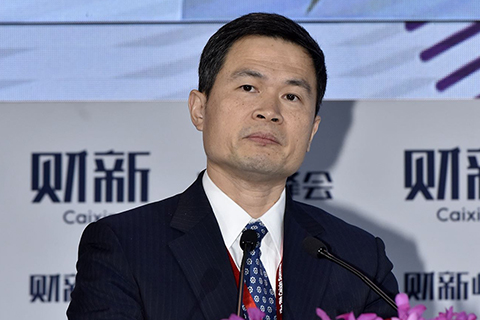 If there were a crisis in China, “we will move very swiftly to contain that risk to make sure that whatever panic is caused by this small institution does not spread into the entire system quickly,” said Fang Xinghai, vice chairman of the China Securities Regulatory Commission.

(Davos, Switzerland) – China has the necessary tools to prevent the collapse of a smaller financial institution from spreading through its financial system, although a rapidly moving crisis could still prove overwhelming, a top financial regulator said on Tuesday.

“I can tell you, in the Chinese system if something happens to certain small financial institutions, what we will do – and this is a lesson we learned from the U.S. financial crisis – is that we will move very swiftly to contain that risk to make sure that whatever panic is caused by this small institution does not spread into the entire system quickly,” said Fang Xinghai, vice chairman of the China Securities Regulatory Commission (CSRC), the nation’s stock market regulator.

Fang is also bureau director of the Office of the Central Leading Group for Financial and Economic Affairs, a committee headed by President Xi Jinping that is in charge of leading and supervising economic work of both the Communist Party Central Committee and the State Council, China’s cabinet.

Fang spoke during a discussion titled “The Next Financial Crisis?” during the World Economic Forum taking place in Davos, Switzerland, this week, where global business and political leaders meet to discuss the latest economic trends. Several members of the panel expressed concern that China could become the source of the world’s next financial crisis due to its high debt levels.

Fang pointed out that the high degree of government control over China’s financial sector makes it better equipped to handle such crises compared with major Western economies where the authorities had less power to stop the financial collapse in 2008. In the event of a crisis of that magnitude, China could immediately galvanize its largest banks, all of which are state owned and thus able to respond very quickly to government directives.

“I’m almost sure that if something like that happens, the central bank in China will come in immediately, some of the larger healthy financial institutions will be brought in to take care of that small institution immediately so that these interbank lending does not freeze and the system can still function,” Fang said.

“Of course, if the larger problem is so big, then even if we can move swiftly we will not be able to deal with the big risk in the system. That is why moving earlier to contain the scale of the risk of the entire system is so important. We’ve made some progress in that area as well.”

China is home to more than 4,000 banking institutions, including national and city commercial banks that are critical to financing China’s state-owned business sector, and more than 1,000 rural credit cooperatives.

The authorities have in recent years nurtured a new generation of lightly regulated private financial institutions that specialize in lending to the private sector and to individuals. A number of those companies, especially in the peer-to-peer (P2P) lending segment, have hit the headlines over the past three years mostly over allegations of fraud and operating Ponzi schemes. Some companies have collapsed leaving customers nursing heavy losses.