Reporter’s Notebook: China Views Diverge From the Inside, Outside 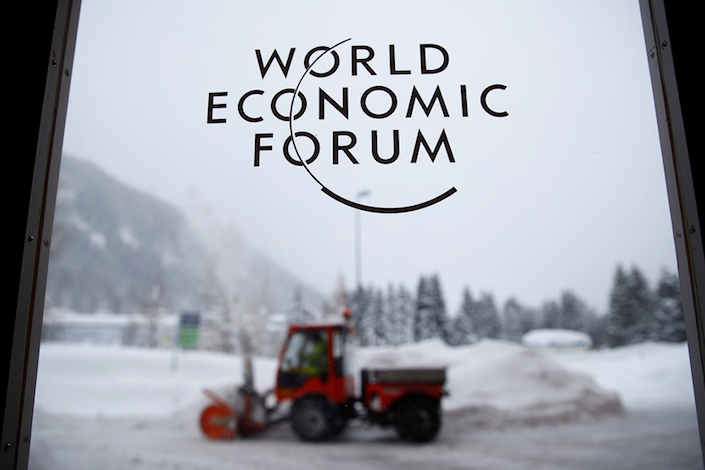 The views from inside and outside China sometimes seem worlds apart. That was a key takeaway during the opening day of my first attendance at the World Economic Forum, a pow-wow of some of the world’s leading thinkers, politicians and business people that happens each year in the snowy city of Davos, Switzerland.

As a foreigner living in Beijing, I’m used to getting both sides of the China story. On the one hand there are foreigners outside China, who are increasingly anxious about the nation’s potential to create a new global financial crisis due to its huge role in the world economy. Then there are people on the inside, who sometimes seem oblivious to the huge amount of attention the world is paying them and are more focused on how to earn the next big buck from their massive market of 1.3 billion consumers.

That reality was in sharp focus as I listened to a morning panel debate the potential for the world’s next financial crisis, with an obvious consensus that China was one of the biggest trouble spots. But none of that concern was present later in the day when I attended a small reporter briefing with the CEO of JD.com, China’s second-largest e-commerce company and one of a growing number of homegrown corporate giants to emerge over the last decade.

Perhaps this kind of contrast is present in any country, where businesses on the ground barely have time to think about the broader economy around them, beyond how it will affect them over the next few months. But while few global executives and academics would worry about the impact of a financial crisis in a smaller developing country, many are clearly worried about China.

That message was coming across loud and clear at the morning panel, titled “The Next Financial Crisis?” I got to listen to executives and academics alike fret over the possibility of a financial crisis emerging in debt-heavy China. Defending the country was Fang Xinghai, a top official from China’s securities regulator, who argued that Beijing is much better equipped to handle a crisis at one of the nation’s many smaller financial institutions than Western counterparts were in 2008 at the time of the last global crisis.

I’m acutely aware of the problem mostly due to frequent mention of China’s heavy debt load in foreign media. Some of that debt is held by local governments, while another big portion is held by thousands of struggling state-owned enterprises, some with little or no hope of ever repaying the money. But few average people or businesses in China are aware of these problems.

I got to see that more detached view from the inside later during the day, at the JD.com reporter briefing, where founder and CEO Richard Liu regaled me and a group of other local reporters with the latest details on his e-commerce empire’s global expansion and plans to spin off its logistics unit. Nowhere was there any mention of the country’s debt problems, nor was there any word of a potential financial crisis. Instead, Liu’s focus seemed to be squarely on the next steps in expanding his business empire.

None of this is really that earth-shattering. Instead, the more interesting angle was the hugely different focus-points coming from people inside and outside China. Like it or not, the country has rapidly become an integral part of the global economy, even though it likes to think its financial system is still somewhat independent from the rest of the world. People on the inside like Liu realize this integration and even almost take it for granted, though they also seem oblivious to some of the steps their own country has taken to achieve its modern economic miracle. Whether those two divergent views will ever merge is up for debate, unless the unthinkable really does happen and businesses wake up one day to a growthless and even struggling China unlike anything they’ve ever experienced.