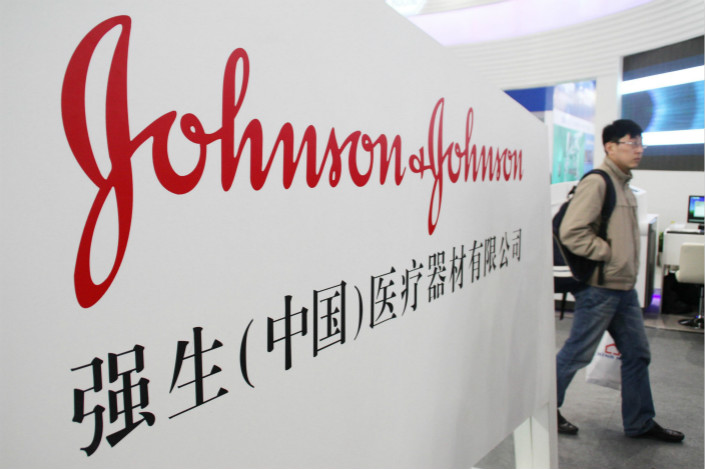 Johnson & Johnson’s diabetes business has been in decline since 2011. Revenue dropped 32% to $1.8 billion in 2016 from five years earlier. Photo: VCG

The Shenzhen-listed company — which makes blood sugar monitoring systems — said it has hired agencies to study a possible deal, but that there was no timeline and talks could be halted at any time.

The deal could fetch up to $4 billion, Reuters reported earlier this month, citing unnamed sources with direct knowledge of the discussions.

The unit includes LifeScan Inc. — which makes blood glucose monitoring systems — and insulin device producers Animas and Calibra Medical Inc., both of which J&J acquired in 2012.

“We are actively looking at strategic options for diabetes,” said J&J Chief Executive Alex Gorsky during an earnings call on Tuesday.

J&J faces competition in nearly all areas of the diabetes care market — from Bayer AG in pharmaceuticals, Novo Nordisk in injections, and local competitors in several markets where it operates, an industry professional with knowledge of J&J’s diabetes business told Caixin. Sinocare, for instance, is a leading maker of blood glucose monitoring devices in the China market.

Sinocare has been active in the industry in recent years. It acquired an 80% stake in a Beijing diabetes hospital in 2014. A year later, it offered to buy the diabetes device unit of Bayer, only to lose the bid to Panasonic Healthcare Holdings Co. Ltd. In 2016, Sinocare bought U.S.-based Nipro Diagnostics Inc. for 1.7 billion yuan ($270 million), and PTS Diagnostics, which makes diabetes care devices, for $110 million.

Trading of Sinocare shares was halted a week ago, after media reports surfaced about its potential bid, which the reports said was potentially being done through a consortium that included China Jianyin Investment Ltd. (JIC), a unit of sovereign wealth fund China Investment Corp. But Sinocare refused to comment on whether JIC was part of the group, and JIC did not respond to a request from Caixin.

Sinocare shares were down 2.37% at close Thursday.

Diabetes is emerging as a national health crisis in China. Half of the country’s population has either prediabetes or diabetes, according to a study by the Journal of the American Medical Association.