By Yang Ge, An Limin and Sun Congying 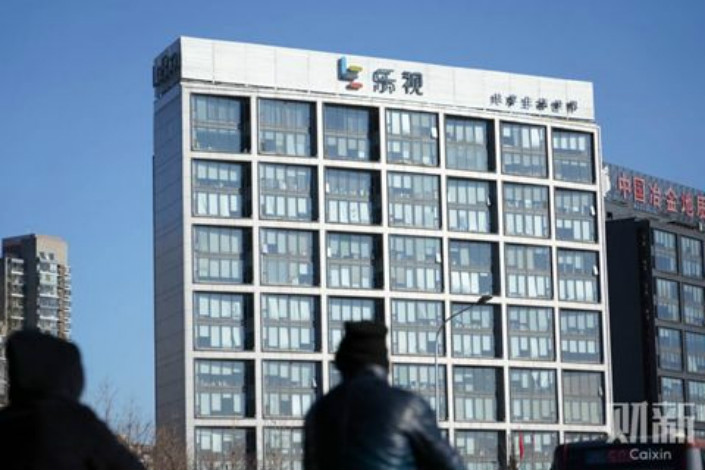 The listed unit of embattled online video firm LeEco forecast it will post a sharp loss in 2017, as the company’s stock slumped by its daily 10% limit for the fifth consecutive day after resuming trade from a prolonged suspension.

LeEco’s Leshi Internet Information & Technology Corp. said it expects to post a loss of about 1.16 billion yuan ($183 million) for the year, reversing a 555 million yuan profit for 2016, according to a filing (link in Chinese) late on Tuesday to the Shenzhen Stock Exchange.

“The company’s reputation and credibility have suffered a large impact from a continuous capital shortage at its affiliates, a wave of effects on its liquidity, and ever-growing expansion of (negative) public opinion,” LeEco said. “At the same time, the company’s operational and capital-raising costs have grown steadily, leading to an operational loss of about 3.7 billion yuan.”

The company made the announcement a week after its shares resumed trading following a nine-month suspension. Since that resumption, the stock has dropped by the daily 10% limit on each of the five trading days, plunging a combined 41% over that period and wiping out nearly 23 billion yuan in market value. At current levels, the company is currently worth about 33 billion yuan.

LeEco has been in a constant state of turmoil for more than a year, dating back to late 2016, when founder Jia Yueting first admitted his company had expanded too fast and was facing a cash crunch. Since then, the company has had repeated difficulties paying its bills. Nearly a year ago it received a large cash infusion from real estate company Sunac, whose chairman later ousted Jia from most of his positions at LeEco.

Jia has been in the U.S. for months now, and this week Caixin spotted him wearing bluejeans and a down parka at the Los Angeles headquarters of Faraday Future, a company that was once pegged as a central plank in his plans to build up LeEco’s new-energy car business. The unshaven Jia declined to answer questions about his future role at the company, the one area where he has remained active following his departure from most of his other LeEco roles.