By Zhao Xuan and Li Rongde 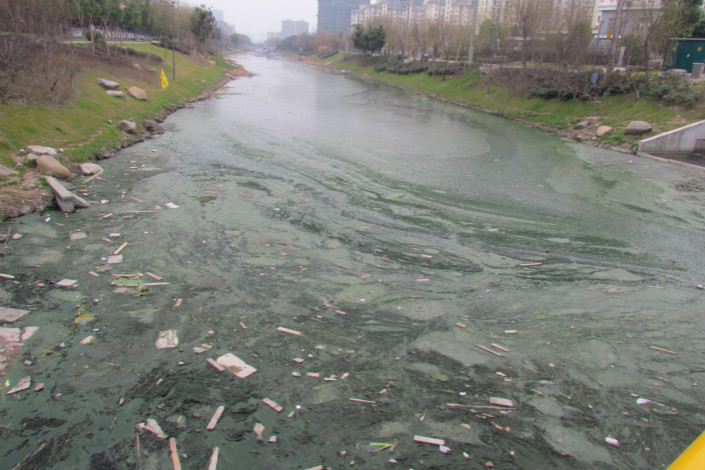 A heavily polluted river flows through Nanjing in 2017. The liquids dumped by Wang contained hazardous chemicals including aniline, bromine, sulfide and silver, which combined can lead to physical deformities and cancer after a long period of exposure. Photo: VCG

A man in the eastern city of Nanjing has been sentenced to two years in prison for dumping more than 200 metric tons (22 tons) of toxic waste into local rivers and drainage systems.

Wang didn’t have a license to collect or dispose of hazardous chemicals. He was ordered to pay 1.94 million yuan in fines and fees to cover costs linked to environmental damages.

The ruling is the latest in a string of cases where reckless business owners were caught discharging untreated toxic waste in recent years.

Used photo treatment liquid contains many hazardous chemicals including aniline, bromine, sulfide and silver, which combined can lead to physical deformities and cancer after a long period of exposure.

Companies that use chemicals to process photo film should contract licensed waste treatment businesses to dispose of the residue and should notify district or city environmental authorities about their waste disposal contracts, according to an employee at the privately-owned Shanghai 365 Waste Management Service Center

Photo studios that contracted Wang to get rid of their waste should also be held liable, the district court said without elaborating.