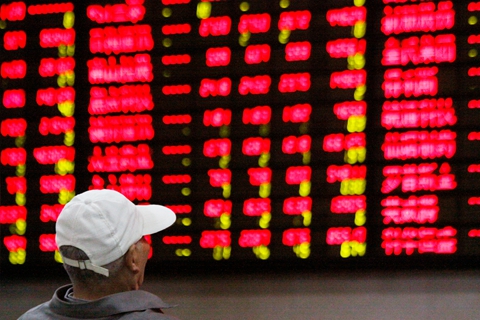 China launched its first asset-backed fixed-income product in a foreign currency at the Shanghai Stock Exchange, as the country seeks to increase investment offerings in the domestic market.

The product, issued on Tuesday, offers an important investment and risk-hedging option for domestic investors and will reduce outflows of the U.S. dollar from the country, industry analysts said.

It is also the first ABS in China to be backed by aircraft assets.

According to the filing of Huatai Securities, the ABS product is structured in eight tranches that will be due between November 2018 and August 2025. All tranches are rated AAA by China Chengxin International Credit Rating Co., a domestic rating agency.

Caixin learned that the offering has been fully subscribed and insurance companies are major investors.

A source close to the China Securities Regulatory Commission said many domestic investors with U.S. dollars have limited investment options in the domestic market and have turned to overseas markets for better returns. That has triggered concern among regulators about outflow of the currency.

“With the launch of the dollar-backed ABS, investors will have a better choice in the domestic market and foreign exchange outflows will be reduced,” the source said.

Chinese authorities have encouraged the development of the ABS market over the past few years as a way to rein in the rampant growth of “shadow banking,” which are financing activities outside the formal banking system.

In 2017, the volume of new ABS issuances surged 64.7% to about 1.5 trillion yuan ($236 billion), making China the world's second-largest securitization market in terms of new issuance volume, according to the official Xinhua News Agency, citing a report by credit rating firm Pengyuan International.

But a regulatory crackdown on risky lending activities — accompanied by stricter regulations on securities backed by consumer loan assets — is expected to slow the growth down this year the report said.