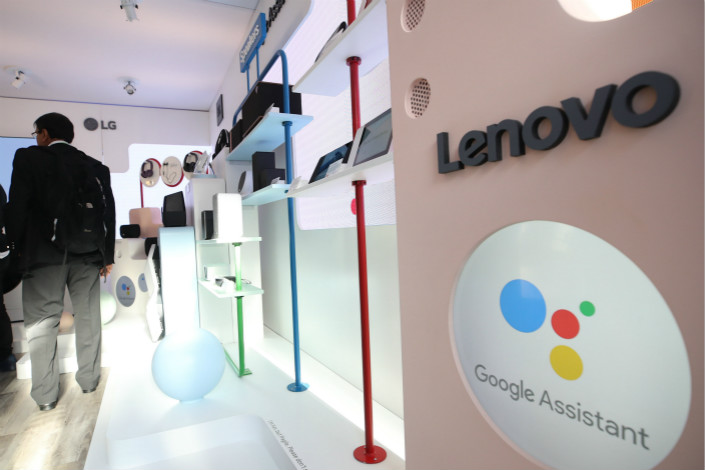 Lenovo reported a $289 million loss for its latest reporting quarter due to a $400 million charge it took as a result of recent U.S. tax reform. Photo: VCG

PC giant Lenovo’s operating profit improved in its latest reporting quarter as it took measures to improve performance, but its smartphone business continued to struggle as two of its four global regions reported losses due to stiff competition.

Lenovo Group Ltd. previously said it would take a $400 million charge as a result of recent U.S. tax reform, pushing the company into the loss column for its latest reporting quarter ended Dec. 31. Including that charge, Lenovo reported a $289 million loss for the period, compared with a $98 million profit a year earlier, according to its results published on Thursday.

On an operating basis, which excludes the one-time charge, Lenovo reported its profit rose 48% to $204 million. Revenue for the quarter rose 6% to $12.9 billion, a slight acceleration from the 5% growth in the previous quarter.

“The group’s transformation continued to show positive results during the period, and it now has a clear vision from the three-wave strategy to drive sustainable, profitable growth going forward,” Lenovo said in a statement. “Although the markets the group participates in are fiercely competitive, management is confident in its ability to successfully execute our strategy and weather the competition.”

Lenovo has done reasonably well in its core PC business, which accounts for the lion’s share of its revenue. But a maturing global PC market has slowed growth for that business, as consumers increasingly prefer to use a newer generation of mobile devices like smartphones and tablets. At the same time, Lenovo’s efforts to develop its own new lines of mobile products have been largely disappointing.

The company reported flat sales for its PC unit during the quarter, while its mobile business group’s sales fell 5%. The company was profitable in its two largest markets, China and the Americas, which accounted for a combined 58% of its business and where the company has a strong historical presence through its own business and its earlier purchase of IBM’s PC assets. But its other two global markets, Asia Pacific and Europe, Middle East and Africa both posted losses as it struggled with stiff competition.

“Looking forward, market conditions remain challenging in the short term,” the company said. “However, the group now has a stronger organization with sharper customer focus and more compelling product portfolio across all its businesses. Coupled with strong execution, the group remains confident it can build leading positions in every business the group enters and drive profitable growth that, in turn, creates better value for shareholders.”

Lenovo’s shares were down 1.6% in Thursday morning trade in Hong Kong after the results came out.