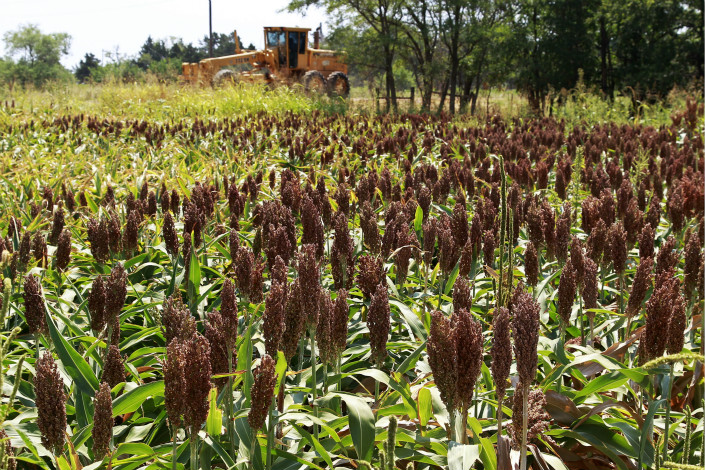 Farmers harvest sorghum in Waukomis, Oklahoma in 2016. Since 2013, the U.S. has exported over half of its sorghum production, China’s Ministry of Commerce said. Photo: IC

Beijing has initiated anti-dumping and anti-subsidy investigations into U.S. sorghum exports to China, saying they are unfairly hurting the domestic industry.

In two separate statements released Sunday — one announcing the dumping investigation and another regarding subsidies — China’s Ministry of Commerce said that it had not received any written filings requesting the investigations, but that it still believed that “preliminary evidence” revealed unfair practices.

Since 2013, the U.S. has exported over half of its sorghum production, the statements added.

The investigations come at a time when the world’s two largest economies and trading partners are experiencing rising trade tensions, after the Trump administration imposed tariffs on solar panels and large washing machines and a Chinese academic urged Beijing to draft a “revenge list” targeting certain U.S. imports.

The ministry said relevant parties can register to take part in the investigations within 20 days of the release of the statement, and that it will survey participants — including U.S. growers and their Chinese counterparts, as well as U.S. exporters and Chinese importers — in the form of polls.