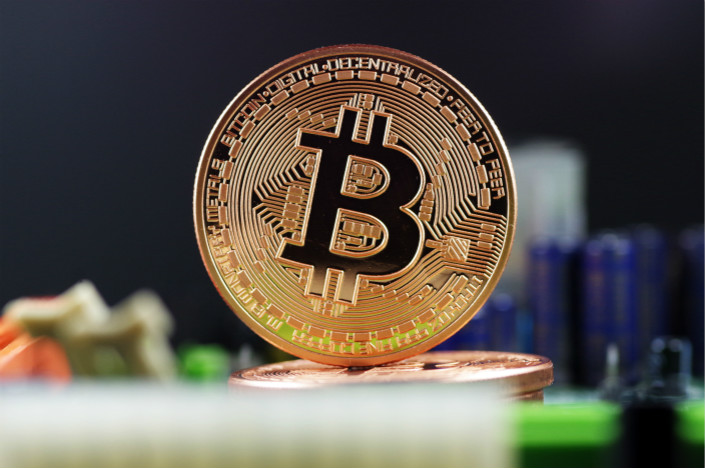 Regulators will block access to cryptocurrency trading websites that operate domestically, according to Financial News, a newspaper run by the People's Bank of China. Photo: VCG

China’s financial regulators are preparing to intensify their crackdown on cryptocurrencies by preventing domestic players from buying into initial coin offerings (ICOs) and trading the virtual currencies on overseas websites and platforms.

Although the People’s Bank of China (PBOC) hasn’t yet made an official announcement, the Financial News, a newspaper run by the central bank, reported the proposal on Sunday. Regulators will block access to cryptocurrency trading websites that operate domestically, among other measures, the paper said, without providing further details.

“After domestic exchanges closed, many users switched to overseas platforms to continue trading cryptocurrencies,” the Financial News said. “But risks remain, including illegal issuance, fake projects, fraud and even pyramid selling. It may be even more difficult for investors to recover any losses.”

Domestic investors have increasingly turned to overseas websites and trading platforms since the government initiated a sweeping bans last year on fundraising through ICOs and investing in cryptocurrencies. The PBOC and six other regulatory agencies issued a joint statement on Sept. 4 that banned ICOs, saying that raising money through the issue of new cryptocurrencies is a form of illegal fundraising that is rife with fraud. Domestic exchanges were ordered to close, and in response, some moved overseas, to Singapore, Japan and Hong Kong, and continued to serve domestic investors and traders.

But some companies continued to operate on the mainland by acting as market-makers and guarantors in over-the-counter trading, which was not explicitly banned. They allowed Chinese traders to buy cryptocurrencies using local payment methods, including Alipay and WeChat Pay.

The authorities are now moving to close those loopholes.

“What is and is not allowed was clearly outlined in the September 4 document,” a source with knowledge of the recent moves told Caixin. “There aren’t any new measures. The regulations coming out now are about deepening implementation.”

Several official newspapers reported on Jan. 20 that the central bank had issued a document asking payment providers to conduct internal checks to ensure they were not facilitating cryptocurrency transactions.

On Jan. 23, the National Internet Finance Association (NIFA), a self-regulatory body set up by the People’s Bank of China and other financial watchdogs, issued a warning (link in Chinese) on the risks associated with trading cryptocurrencies on overseas platforms while clarifying that over-the-counter trading does not comply with existing rules.

The Financial News laid out the official stance on cryptocurrency trading. “We will close each illegal exchange and website we find; what’s more, we do not rule out further regulatory measures depending on market developments,” the article said.