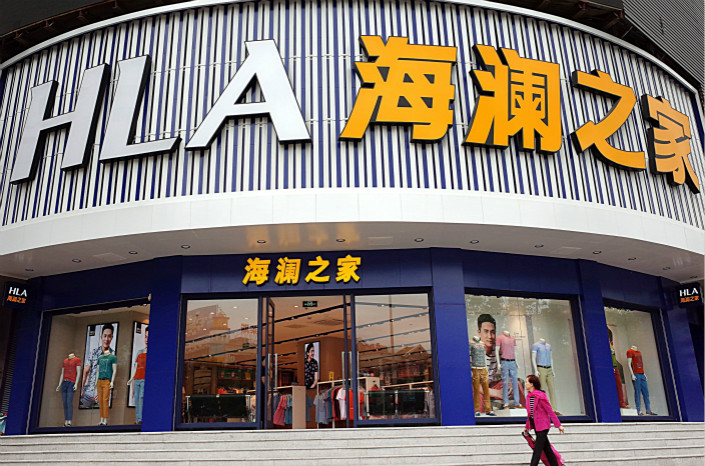 Once the equity transfer between Heilan Home controlling shareholder Rongji International (Hong Kong) Co. and Tencent is complete, Tencent investment unit Linzhi Tencent Technology Co. and Heilan Home will set up a fund of 10 billion yuan fund that will focus on investing in the fashion industry supply chain.

Rongji International will continue to hold the majority of shares in Heilan Home after the deal, which is Tencent’s first investment in the clothing chain. Heilan Home has over 56,000 outlets across China, and owns both menswear and womenswear brands. In the first three quarter of 2017, Heilan Home brought in 12.07 billion yuan in revenue, making a profit of 2.41 billion yuan.

Also on Friday, supermarket operator Better Life Group announced it had signed an agreement with Tencent in which they agreed to cooperate on applying Tencent’s cloud-computing and artificial intelligence capabilities, as well as its social media platforms, to Better Life’s supply chain and customer services.

Better Life has 304 stores in China, primarily in the provinces of Hunan, Jiangxi, and Sichuan, and the Guangxi autonomous region.

Major online shopping platform JD.com also said on Friday that it has entered a strategic partnership with Hong Kong-based Fung Retailing, which runs thousands of stores globally, including the Asia outlets of toy chain Toys R Us. As part of the partnership, JD.com and Fung Retailing will work on building an artificial-intelligence-based retail system.