In Depth: The Mistress Who Ruled Chongqing 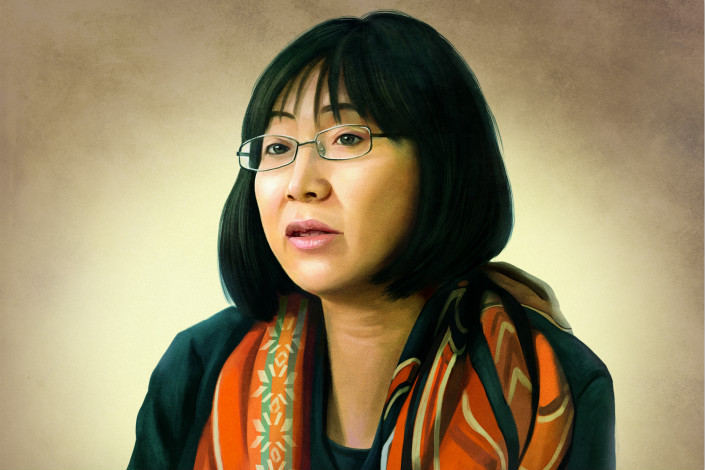 Liu Fengzhou used her relationship with Sun Zhengcai, the disgraced former party secretary of the southwestern municipality of Chongqing, as leverage to expand her business empire.

(Beijing) — Liu Fengzhou was a colorful character who wore many hats. She was a government-employee-turned-serial-entrepreneur, an art curator and devout Buddhist.

But to a small circle of friends and associates, her most influential role was as the longtime mistress of disgraced political heavyweight Sun Zhengcai.

Liu, 55, used her “special relationship” with Sun, the former party secretary of the southwestern municipality of Chongqing, as leverage to expand her business empire, whose growth pattern bears a striking resemblance to Sun’s own career trajectory, a Caixin investigation found.

She started 17 companies in territories Sun used to run — first in Beijing; then in the northeastern province of Jilin, where Sun was party secretary from 2009 to 2012; and Chongqing, company filings with the State Administration for Industry and Commerce show.

Sun was a rising political star and a member of the Communist Party’s key decision-making body, its Politburo, before he was expelled from the party for “allegedly taking in huge amount of bribes on his own or via associates with whom he had a special relationship,” the Central Commission for Discipline Inspection (CCDI) said in September.

The party’s corruption watchdog has handed over Sun’s case to state prosecutors for further investigation, but no charges have been filed.

Liu was taken in for questioning sometime in May to assist with the inquiry into Sun, according to several people briefed on the investigation. Two months later, the CCDI started probing alleged “serious violations of party discipline” by Sun, including allegations that he “exchanged power for sex.”

Liu met Sun in the late ’90s, and their “special relationship” evolved quickly, according to friends and associates.

Liu was a firm believer in Sun’s political future, and she presented him with a tailor-made dragon robe, reserved for Chinese emperors, shortly after Sun became Chongqing’s party secretary in 2012.

This lavish gift was inspired by an auspicious prediction by a fortuneteller. Liu, a devout Buddhist and a regular patron of several famous temples and monasteries in China, took Sun’s birth year, month, day and hour of birth as per the Chinese solar calendar to a Taoist fortuneteller, one source said. The seer predicted that Sun, who was a regional head at the time, had the potential to get promoted in the future. Liu rushed to send the yellow silk robe embroidered with dragons — the royal insignia — to wish him good luck, according to this person.

Liu herself was an ambitious woman. She left her job as a government liaison officer in Beijing in 1995 to try her hand at selling telecommunication equipment. Three years later, she made inroads into the health food industry, using her savings to buy 33 acres in Beijing’s Changping district to grow a type of carrot imported from Japan to produce vegetable juice.

Shortly after that, she relocated her business to the capital’s Shunyi district because “the leaders in Shunyi were more qualified and business-friendly,” she said in a 2001 interview with Hejun Vanguard Group, a market consulting firm in Beijing.

“Through associates, I got to know Sun, head of the Shunyi district government, who was thinking hard about how Shunyi can develop further,” she said.

However, the project didn’t go as she planned due to disputes with the state-owned partner, and Liu exited the joint venture, according to Beijing Shunxin’s annual report in 2004.

Although her business soured, her relationship with Sun flourished during her years in Shunyi, and Liu never tried to hide the affair from friends and close business associates, according to people who knew her.

On Dec. 11, while investigating Sun, CCDI investigators visited the juice factory Liu helped launch, but failed to find any valuable information, according to a company executive.

Liu didn’t have a sharp eye for business, which led to several botched ventures, according to many of her associates. But she pressed on with Sun’s blessings. That may have been because many business people saw her as a direct line to the politician.

In some instances, Liu’s influence ran so deep that she managed to help her associates win government tenders worth billions of dollars.

One such example was a bid to construct Line 9 on the Chongqing subway system. Open bids were called for the project, worth 20 billion yuan (about $3 billion at the time) in 2016. But Sun had personally intervened and ordered to invalidate the first tendering process in August 2016 after he learned that the contract was granted to China Communications Construction Co. Ltd. instead of China State Construction Engineering Corp., which he favored, according to a vice president of Chongqing Metro.

China State Construction Engineering Co. had been disqualified from the bidding process citing a licensing issue, according to the vice president, who asked not to be named.

China State Construction Engineering Corp., which submitted a tender proposal on behalf of several of its subsidiaries, won in the second round of bidding ordered by Sun, he said.

Liu had lobbied Sun to step in on behalf of Zhou Changyong, who acted as a middleman between Liu and several of China State Construction Engineering Corp.’s subsidiaries, several informed sources told Caixin.

Zhou was detained in late April in Beijing for taking nearly 100 million yuan ($15.9 billion) in bribes from subsidiaries linked to the metro construction project and another bid to build a tunnel in Chongqing in 2015, according to these sources.

It isn’t clear if, or how much, Sun and Liu profited from the deals.

Regional and city authorities are usually tasked with overseeing infrastructure projects in their jurisdictions, according to a project manager with China Railway Construction Co. Ltd. “They can give contracts to whoever they like because there is a lot of room to manipulate these public tendering processes since there is a lack of transparency,” said the manager, who asked not to be named.

In another instance, also at the behest of Sun, a consortium that included two subsidiaries of China State Construction Engineering Co. — its No. 6 and No. 8 units were awarded a contract to build a 4.6 billion yuan tunnel near the Hongyancun community in Chongqing’s Yuzhong district.

The consortium, Chongqing Huarong Tianze Infrastructure Development Co., Ltd., had to provide 95% of the expenses for the project and would be allowed to run the toll tunnel for a decade after its completion at the end of 2019, according to a notice released on July 1, 2015, by the municipal economic planning body, the Chongqing Development and Reform Commission.

Liu’s company in Beijing, Beijing Hengchangxiang Investment Management Ltd. Co., has an unidentified stake in Huarong Dingzhi, which controlled 85% of the consortium, according to one of Liu’s former accountants.

Beijing Hengchangxiang pledged 388.6 million yuan, along with investment from other partners, to get the project off the ground, the source who wished to remain anonymous said.

The accountant told Caixin that Liu’s company was expected to pocket 1.1 billion yuan at the end of the contract.

However, Beijing Hengchangxiang has been unable to come up with the money after the abrupt fall of Sun Zhengcai and Liu’s own detention.

Liu’s daughter Liu Linyao, who was a partner in her mother’s company, was also detained until early October in connection with the investigation of Sun. Liu Linyao has been told to follow through with the financial pledge by mid-January or to bow out of the bidding. She is still negotiating with other partners in the consortium, sources with knowledge of the matter said.

Shortly after Sun took the reins as party secretary of Chongqing in November 2012, Mu Huaping, a subordinate, had given preferential treatment to businesses in Chongqing owned by Liu and Huang Suzhi, another alleged mistress of Sun, according to sources.

Huang, the legal representative and vice president of financial technology firm IZP Group, has been assisting authorities with investigations into Sun’s alleged irregularities since April, according to sources. It’s unclear how Huang benefited from her links to Sun.

Liu, however, was known to flaunt her ties to the politician. With the help of Mu, who headed the Chongqing Economy and Information Commission at the time, a company controlled by Liu and China Unicom clinched a deal with the municipal government to develop telecommunication products for small businesses in the municipality.

Liu promised to invest 1 billion yuan to match the 10 billion yuan pledged by China Unicom over a five-year period from 2013, and the project was expected to generate 30 billion yuan in sales each year, according to a report in Chongqing Daily on May 9, 2013.

In a promotional tour in late October 2013, Mu painted a rosy picture of the product, saying it would reach at least 200,000 customers in Chongqing and hit a 10-billion-yuan sales target by 2015.

However, the service wasn’t popular among the city’s small businesses, forcing Liu’s company and China Unicom to scale it back to a smaller system. The setback was a result of Liu’s bad business judgment due to her lack of industrial know-how, according to a senior executive at Leiqiang Telecommunication.

The project is still losing money, and the municipal government had coughed up 60 million yuan in subsidies to support the service by October, according to an executive at China Unicom’s Chongqing branch.

Mu, who was promoted as a vice mayor of Chongqing in late May 2016 was later demoted to a rank equivalent to a deputy director of a municipal bureau without an actual portfolio, according to a statement released by the CCDI in October.

Mu had sought to curry favor with superiors to get promoted and had been negligent when overseeing major projects, according to the CCDI statement. But the corruption watchdog didn’t explicitly link him to Sun’s downfall.