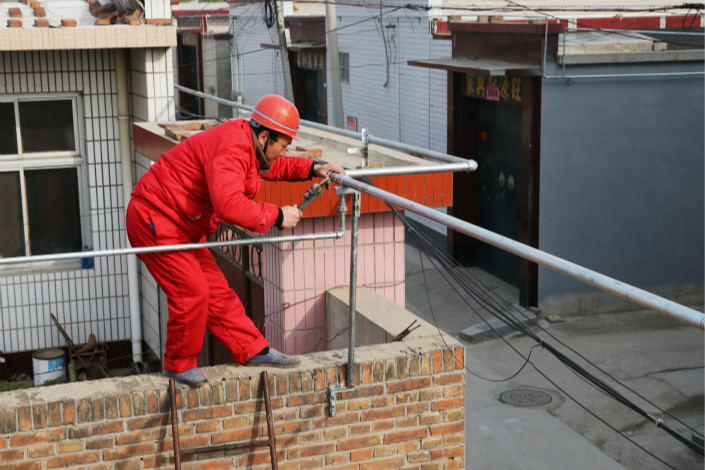 China’s Ministry of Environmental Protection said it plans to help another 4 million households in northern China switch from coal to gas or electricity this year to fight air pollution.

But the program is facing resistance from regional governments that were hit hard by a natural gas crunch late last year.

Since 2013, the ministry has pushed households and schools — mostly in North China — to give up coal and convert to natural gas and electricity. This came as the bouts of toxic air choking North China increased, particularly in the region that includes the Chinese capital, the northern port city of Tianjin, and Hebei province.

About 3.94 million households in 28 cities were told previously to switch to clean energy for cooking and heating in winter. That number is nearly 800,000 more than the ministry had planned for 2017, according to statistics released by the ministry on Dec. 24.

However, the push led to a resounding public backlash after primary school students in some northern areas were forced to have classes outdoors in freezing weather after their coal-fired stoves were dismantled. Meanwhile, thousands of families in the northern province of Shanxi, in the heart of China’s coal belt, were secretly burning tree branches and coal to keep warm, after a government campaign to install gas heating systems failed to meet deadlines set for early December.

Li sought to downplay the scale of disruption from the earlier gas conversion drive, saying only 1,200 villages, or less than 5% of the villages surveyed by ministry officials in the 28 northern Chinese cities, had reported problems.

However, he acknowledged the backlash, and promised sufficient gas supplies this year. “Residential access to natural gas and electricity can be guaranteed by curbing demand from industrial users during peak times,” he said.

But the ministry appears to be at odds with local authorities in Hebei. The Hebei Provincial Development and Reform Commission, the regional economic planning agency, said no more households will be required to convert to clean energy in 2018, according to a provincial government document late last month that was seen by Caixin. One official from the commission told Caixin that there is a considerable backlog of homes that need to be fitted with gas heating systems.

One official with the Hebei provincial environmental protection department said they are required to promote clean energy use in the province in 2018, but they are still in talks with the ministry over how they should do this, given the problems that cropped up due to a severe shortage in gas supplies late last year.