Man Allegedly Uses Friend’s Phone to Give $2,520 in Red Envelopes — To Himself 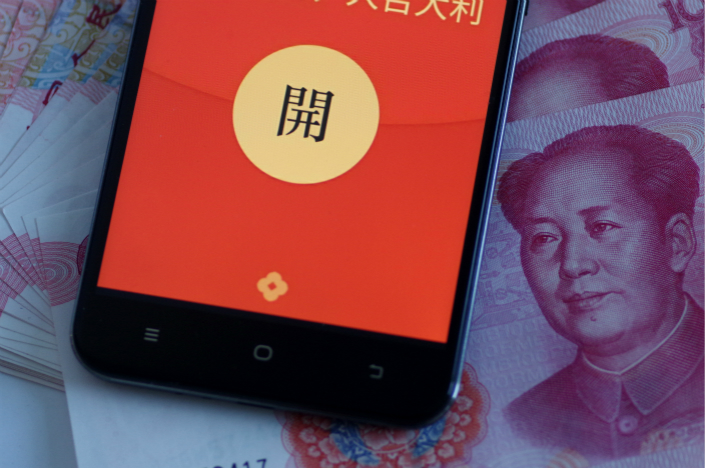 A man in Zhuhai has been accused of stealing money from a friend by using the friend's cellphone to send himself virtual "hongbao," or red envelopes. Photo: IC

A man in Zhuhai, Guangdong province, has been arrested on suspicion of using a friend’s WeChat account to transfer himself virtual “hongbao,” or red envelopes, stuffed with a total of 16,000 yuan ($2,520) without the friend’s knowledge.

The suspect, surnamed Zhao, allegedly accessed the victim’s phone multiple times in the week before the Lunar New Year vacation, when Chinese people traditionally give each other red envelopes containing cash, and stole the sum through multiple transactions via the popular chat app’s money transfer function, Zhuhai police said in a social media post Monday.

Zhao’s friend noticed the transactions only after seven such transfers, and reported them to police on Monday, the fourth day of the Lunar New Year, the police said.

People use digital red envelopes to send small amounts and convey well-wishes to acquaintances, similar to how actual red envelopes are traditionally used. But for businesses, including Tencent and Ant Financial, the digital envelopes are also a way to boost user loyalty. This year, WeChat users walked the equivalent of 40 round trips between Earth and Mars to collect red envelopes as part of a fitness game that offered a total of 200 million yuan to users.

But for some users, digital red envelopes have also become a platform for crime. During the UEFA Europa League soccer tournament in 2016, people used WeChat red envelopes to bet on match results, taking advantage of the function’s popularity among legitimate users to hide their criminal activity, the state-owned China Daily newspaper reported.

Last year, police in East China’s Jiangsu province said they had discovered a scam involving an app that allowed WeChat users to automatically open red envelopes sent to chat groups, local publication Modern Express reported. When a red envelope is sent to a group, group members race to open the envelope, with those slower to respond usually missing out on the money. The scammers discovered by Jiangsu police had sold an app that claimed to make sure users never missed a red envelope, but the app was also suspected of hacking into users’ accounts for private information, the Modern Express newspaper reported.