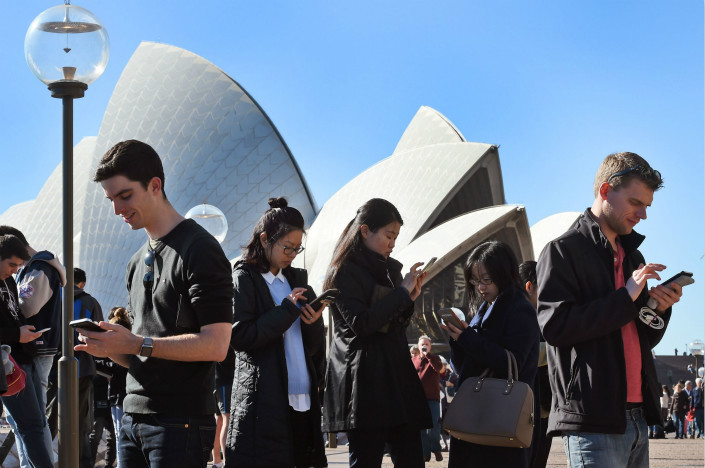 Australia’s defense department is phasing out smartphones from Chinese brands Huawei and ZTE due to security concerns. Photo: VCG

Australia’s military is phasing out use of Chinese smartphones from Huawei and ZTE, dealing the latest setback to the pair after similar actions in the U.S. and Australia toward their older networking equipment businesses due to security concerns.

Australia’s defense department had previously bought and issued Huawei and ZTE phones, but there are no longer any Huawei phones in service, a spokeswoman told Australia’s Fairfax Media. She added that some “ageing” phones from ZTE Corp. still in use will eventually be replaced by other brands when they are retired.

Both brands of phones had only been used for unclassified voice and text services, the report added. The department said it had conducted a risk assessment for the phones and found they didn’t pose a security risk when used for those purposes.

News of the defense department’s phaseout came just two weeks after a group of six top U.S. intelligence officials told the Senate Intelligence Committee they would advise ordinary citizens against using phones supplied by Huawei Technologies Co. Ltd. and ZTE, according to a CNBC report.

“We’re deeply concerned about the risks of allowing any company or entity that is beholden to foreign governments that don’t share our values to gain positions of power inside our telecommunications networks,” FBI Director Chris Wray testified, according to CNBC.

Also earlier this year, pressure from Washington reportedly torpedoed a deal that would have seen U.S. wireless carrier AT&T offer Huawei phones on some of its calling plans. Such carrier tie-ups are critical for any brand that wants to enter the market, because about three-quarters of Americans get their cellphones through their carriers. Despite that setback, Huawei vowed to pushed ahead into the market and sell its phones through traditional and online retailers like Best Buy and Amazon.com.

The latest setbacks for their consumer-oriented phones follow a similar series of obstacles for their older networking equipment businesses, which count major carriers as their main customers. In 2012, the U.S. effectively banned all domestic carriers from buying Huawei and ZTE equipment. Earlier this month, two U.S. senators introduced legislation that would formally ban government agencies from buying equipment from the two Chinese companies. Australia made a similar though less drastic move in 2013, when it banned Huawei from supplying equipment to build a $38 billion high-speed national broadband network.

Western governments like the U.S. and Australia are wary of companies like Huawei and ZTE because of concerns about government links, even though each company insists it is private and not beholden to Beijing. Huawei has generated particular suspicion because its founder, Ren Zhengfei, was once an engineer in the People’s Liberation Army. Despite the resistance in the U.S. and Australia, Huawei and ZTE have made more progress in Europe.