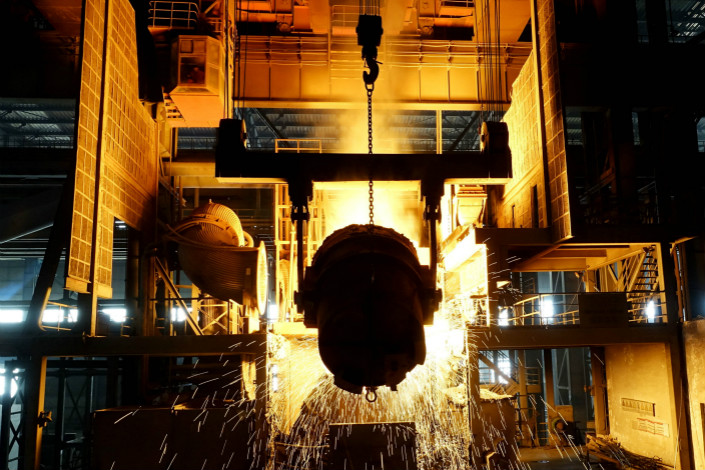 China’s manufacturing activity expanded for a ninth straight month in February, as total new work expanded and outstanding work levels rose amid business optimism that reached its highest level in nearly a year, a Caixin survey showed on Thursday.

The Caixin China General Manufacturing Purchasing Managers’ Index (PMI) rose to 51.6 in February from 51.5 the previous month, marking the highest reading since August.

“Though only modest, the latest reading signaled the strongest improvement in operating conditions for six months,” the index’s compilers said in announcing the latest figure.

The indicator is closely watched by investors as one of the first available monthly barometers of the health of the world’s second-largest economy. A number greater than 50 indicates an expansion in activity, while a reading of less than 50 means contraction.

The latest reading showed the strongest improvement in operating conditions for six months, as total new work expanded at a slightly faster pace. Input prices continued to rise faster than output charges, while the month saw softer rises in production and buying activity.

The finished product and stocks of purchases indexes both came in at ranges that indicated economic expansion, said Zhong Zhengsheng, director of macroeconomic analysis at CEBM Group. He added the data indicated companies were making active preparations to start work in March.

“For now, the durability of the Chinese economy will persist,” he said. “Looking ahead, whether demand generated from the beginning of work in March will gain strength will be key in determining China’s economic direction for 2018.”

Release of the Caixin General Manufacturing PMI comes a day after announcement of the official government PMI reading for February, which showed expansion in China’s manufacturing sector hit a 19-month low in February as the still-robust areas of services and construction lost some momentum.

The official manufacturing purchasing managers index (PMI) declined for the third straight month in February to 50.3, down from 51.3 in January and marking its lowest reading since July 2016, according to figures from the National Bureau of Statistics (NBS).

The Caixin PMI focuses more on light industry, while heavy industry makes up a larger proportion of the NBS survey. The geographic distributions of the companies covered in the two polls are also different.

The latest Caixin manufacturing PMI survey found that companies continued to shed staff in an effort to reduce costs, which resulted in a rising level of outstanding work. Business sentiment remained strongly positive for the month, as the degree of optimism hit an 11-month high.

The survey found that production volumes rose in January due to growing volumes of new work, and that the rate of new orders also quickened from January’s pace.

“Finally, business confidence strengthened to its highest level for nearly a year in February,” the survey’s compilers said. “Positive expectations towards the 12-month outlook were widely supported by upcoming product releases and expectations that client demand will continue to improve over the year ahead.”