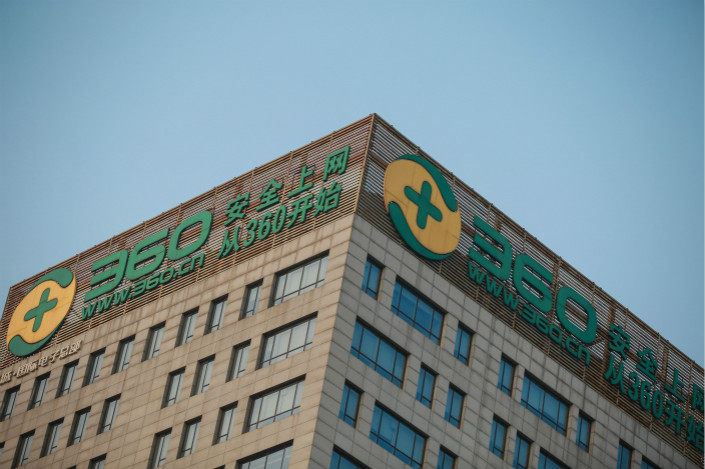 Shares of software security firm Qihoo 360 Technology Co. Ltd. continued to plummet on Thursday, a day after plunging 10% on its debut under a new name on the Shanghai Stock Exchange.

The shares’ debut in China came after Qihoo delisted in the U.S. It announced a backdoor listing in the mainland by acquiring Shanghai-listed elevator-maker SJEC Corp. for 50.4 billion yuan ($7.74 billion) in November.

The price of SJEC’s stock has risen significantly since November, propelling Qihoo 360’s market value to shoot up more than sixfold from $9.3 billion in July 2016 — when it was delisted from the New York Stock Exchange — to $65 billion as of Wednesday, when Qihoo put its name on the stock.

Qihoo 360’s nature as a Chinese internet security company had been a sensitive issue in the U.S. and was a factor behind its delisting there, CEO Zhou Hongyi told Chinese media during the company’s shares debut in Shanghai on Wednesday.

For Qihoo 360 to continue robust growth, the company aims to align with Beijing’s policy to enhance national cybersecurity, he said.

“As China has become the world’s second-largest economy, it needs to have a well-matched capital market where more and more internet companies will come for initial public offerings,” he said.

Going forward, Zhou said Qihoo 360 is set to diversify into areas such as big data and artificial intelligence.