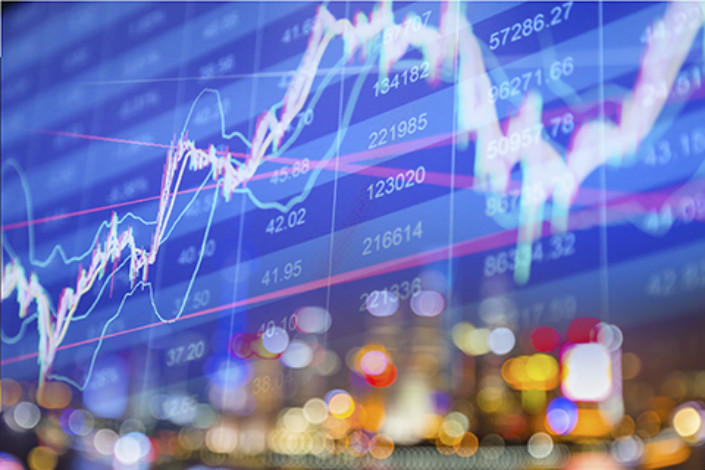 A new digital token linked to beauty app operator Meitu Inc. saw its shares rise as high as 4,000% on its first day of trading, but is drawing scrutiny over its concentrated ownership.

Beauty Ecosystem Coin (BEC), which listed on cryptocurrency exchange OKEx on Friday, saw its price surge to $80 from $0.09 at opening, before settling down to around $4. At the time of publication, BEC’s price was $0.73, giving it a market capitalization of over $5 billion.

While high volatility is common for new tokens, BEC was unique because of the scale of its price rise, its concentrated ownership and its connection to Hong Kong-listed Meitu Inc., the company behind a popular selfie app.

According to analytics platform Etherscan, there were over 24,000 BEC token-holders at the time of publication. But four wallet addresses held 99.9% of all tokens in circulation.

The amount of BEC floated publically is very limited, and it is only listed on one exchange, making liquidity tight and the token price easy to manipulate, industry insiders told Caixin.

For securities, there are strict rules on the proportion of shares that must be publically floated. For Chinese companies listed on the Shanghai and Shenzhen stock exchanges, publically floated shares must account for at least 25% of outstanding shares if the company’s market capitalization is under 400 million yuan ($63.2 million). Companies with market caps above 400 million yuan must float at least 10% of outstanding shares.

The offering was also unusual because BEC did not raise money through an initial coin offering (ICO), whereby the public could buy new tokens as investments. Instead, the team behind BEC gave away the coins. BEC investors can get 18 free tokens when they open a new account, and three BEC when they invite new users.

Industry insiders say that the issuance method is a way to get around being labelled an ICO, which have been banned in China, while generating enthusiasm for new tokens with large initial price surges.

Giving away tokens may be a precursor to fundraising or to a “pump and dump scheme” where initial holders inflate the price of an asset through false or misleading statements and then sell off their stakes, insiders told Caixin.

BEC has also drawn attention because of its connection to Meitu.

On Feb. 11, Beauty Chain, the blockchain project behind BEC, signed a strategic cooperation agreement with Meitu focusing on its photo-retouching app BeautyPlus, which targets overseas markets.

“Beauty Chain will leverage its blockchain technology to help BeautyPlus to enhance its content value and market share. At the same time, BeautyPlus, as a seed application, will assist the soft launch of the Beauty Chain and contributes beautification algorithm to Beauty Chain,” according to BEC’s white paper.

On his social media account, Cai Wensheng, the founder of Meitu, emphasized that Beauty Chain is a blockchain project developed by an independent third party, and that Meitu itself has not issued any digital coins or tokens.

There had been some confusion over Meitu’s connection to BEC as the company launched a digital blockchain wallet app called Bec Wallet in mid-February. Cai is also an investor in exchange platform OKEx, where BEC is listed.

OKEx received an investment of $10 million from venture capital fund Ceyuan and Longling Capital, owned by Cai, the founder of Meitu, according to OKEx’s website.

OKEx told Caixin that the tokens it selects to list on its exchange typically need to be connected to actual projects, and have a certain scale of users. OKEx did not comment on BEC’s concentrated ownership.