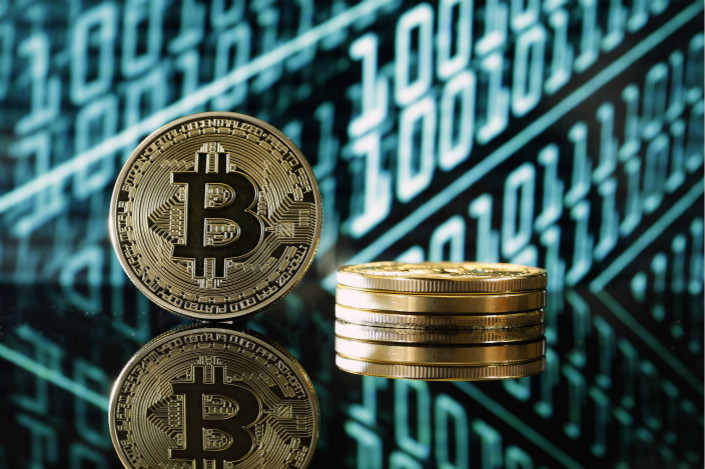 To some, blockchain represents no less than the next step in human civilization; for others, it is the source of the biggest speculative delusion of all time. Photo: VCG

* In U.S., CFTC Chairman Christopher Giancarlo testified that “do no harm” is the right approach to regulating blockchain

* At debate’s extremes in China, technology seen as next step in human civilization, or biggest bubble of all time

Nearly half a year after China’s cryptocurrency bans, consensus remains as elusive as ever on how to regulate its underlying blockchain technology.

To some, blockchain represents no less than the next step in human civilization; for others, it is the source of the biggest speculative delusion of all time. Either way, it remains impossible to ignore.

Among the former is Yuan Dao, founder of Nasdaq-listed internet data-center services provider 21Vianet Group, who said blockchain has surpassed religion and the social contract to become the new mechanism of trust for human civilization.

Among the latter is Cai Wensheng, founder and chairman of selfie app company Meitu Inc. “Blockchain is the biggest bubble in human history,” he said. Still, Cai acknowledged that “we can only embrace the bubble because the greatest risk is in not participating.”

As a decentralized method of verifying and recording information, blockchain does away with the need for a trusted third party by confirming transactions through a network of computers. It is the technology that cryptocurrencies such as bitcoin are built on.

The technology remains a source of debate in China despite the government’s recent crackdown on cryptocurrencies. The debate intensified after the head of a key U.S. regulatory agency endorsed a regulatory approach for blockchain focused on doing “no harm.”

China began its crackdown on cryptocurrencies in September by banning initial coin offerings (ICOs), a way for companies to fundraise by offering new digital tokens in the same vein as bitcoin. Shortly after, Chinese cryptocurrency exchanges announced their impending closures as supervisory agencies widened the scope of their regulations.

ICOs in particular drew flak for their extremely speculative nature. Of all ICOs, 99.99% are frauds that aim to swindle ordinary investors, said David Zhang, co-founder and managing partner at private equity firm Matrix Partners. Zhang added that he would never invest in an ICO regardless of who was behind it.

For investors, one of the problems with ICOs is that they allow startups to raises enormous amounts of money in a single go.

There is a reason that venture capitalists fund new companies in a series of rounds, said Allen Zhu, managing partner at venture capital firm GSR Ventures Management. “No one is willing to work hard after receiving a large sum of money all at once. You simply will not be successful if you test human nature like that,” he said.

On Feb. 6, representatives from the United States’ Security and Exchange Commission (SEC) and the Commodities Futures Trading Commission (CFTC) testified before the U.S. Senate Banking Committee to discuss their roles with respect to blockchain and virtual currencies.

CFTC Chairman Christopher Giancarlo emphasized that new technologies need room to grow, but that legislative intervention may be necessary to avoid fraud and manipulation.

“‘No harm’ was unquestionably the right approach to development of the Internet. Similarly, I believe that ‘do no harm’ is the right overarching approach for distributed ledger technology,” Giancarlo told the committee.

SEC Chairman Jay Clayton emphasized he is committed to building a regulatory regime that would allow the new technologies to flourish.

“We should embrace the pursuit of technological advancement, as well as new and innovative techniques for capital raising, but not at the expense of the principles undermining our well-founded and proven approach to protecting investors and markets,” Clayton said.

“Those who invest their hard-earned money in opportunities that fall within the scope of the federal securities laws deserve the full protections afforded under those laws. This ever-present need comes into focus when enthusiasm for obtaining a profitable piece of a new technology ‘before it’s too late’ is strong and broad. Fraudsters and other bad actors prey on this enthusiasm,” Clayton warned.

Many in China interpreted this embrace of innovation as positive news for the industry. But experts warn that a consensus on the topic is still far away.

“Blockchain is in a relatively early stage of development, so there is not yet a framework for discussion. It is too early to talk about a common understanding,” said Hu Benli, vice president of Data Management (DAMA) International and a former chief technology officer of the World Bank.

Cai Weide, a lecturer at the Beijing University of Aeronautics and Astronautics and an adviser to the blockchain research center at University College London, wrote in a column for Caixin: “The blockchain revolution is coming, including facilitating the reshaping of the financial sector, but it may be a decade before we see the results.”