Blockchain Concept Shares Soar – and So Do Regulators’ Questions 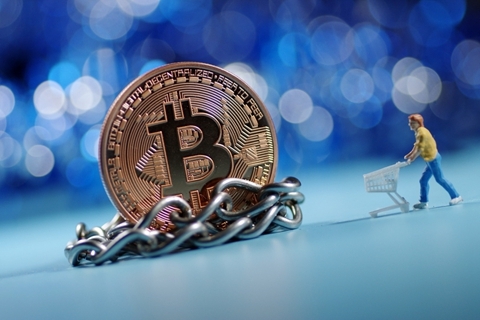 As Chinese regulators zero in on companies tying themselves to blockchain, several of the companies have issued statements to clarify they are only in the initial stages of exploring the technology. Photo: IC

After Shanghai U9 Game Co.’s subsidiary announced plans to step into the blockchain space, its shares rose by the daily trading limit of 10% for two consecutive days. On Thursday, the company made public a list of question from the Shanghai Stock Exchange that pressed Shanghai U9 Game for concrete plans on developing and using blockchain technology. The exchange regulator also asked whether the company made an announcement related to something that was attracting a great deal of market attention to create hype or speculation over their shares.

Shanghai U9 Game, a gaming company that also has investments in the mining and petroleum industries, halted trading of its shares on Thursday. Announcing business initiatives related to “hot topics” without having actual basis or conditions for carrying out the activity is a form of improper information disclosure, an exchange regulator told Caixin earlier.

Eastman Kodak saw its stock surge 171% over three days after it announced on Tuesday New York time that it was going to bring blockchain technology into the business.

Some U.S.-listed Chinese companies have seen a similar type of reception.

ChinaNet Online Holdings Inc., which provides advertising and communications services to Chinese companies, saw its share price rise nearly sevenfold after announcing a partnership with blockchain company Wuxi Jingtum Network Technology. The partnership focuses on using “blockchain technology to build a credible, fair and transparent platform for business opportunities and transaction,” according to a press release. On Friday afternoon Beijing time, it was still trading at nearly a five-fold increase from before the announcement.

Renren has since scrapped its initial coin offering plans after speaking with Chinese regulators, who discouraged it, according to Bloomberg, which cited people familiar with the matter.

New technologies are always overvalued by the market when they first emerge, a person that researches blockchain at JD Finance told Caixin. It was the same for cloud computing and big data. Blockchain will not be able to avoid it either, he added.

As Chinese regulators zero in on companies that have made recent announcements on using blockchain, several have issued statements to clarify they are only in the initial stages of exploring the technology and that it hasn’t yet brought in income.

Others are sticking to their claims. Jiangsu Akcome Science & Technology Co. said it began exploring blockchain technology three years ago, and that its subsidiary has already started operating related businesses. On Friday, Jiangsu Akcome surged to the 10% daily limit at the opening.