City-Dwelling Farmers Who Forsake Rural Homes to Be 'Rewarded' 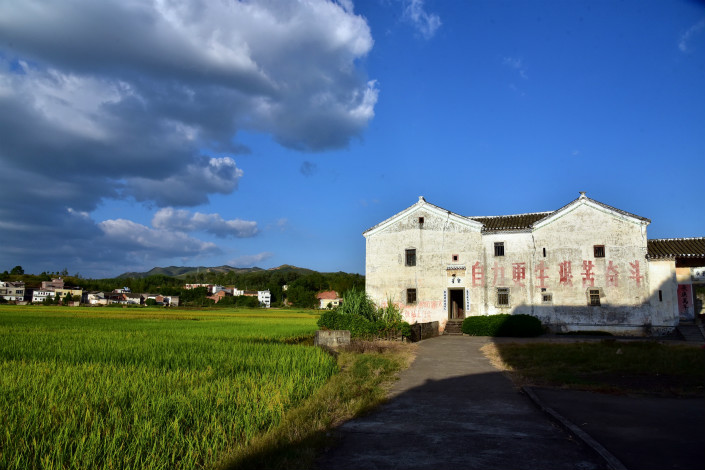 China is to compensate farmers who voluntarily forgo their rural homes after they resettle in cities in a bid to free up more land for agriculture and speed up urbanization.

According to a work report delivered by Chinese Premier Li Keqiang at the annual session of the country’s top legislature on Monday, his administration is drawing up policies to better protect the land rights of rural residents who have relocated to cities and to allow payments to be made for rural homes. But, he did not offer specifics in his speech to the National People’s Congress.

Under Chinese law, rural land is collectively owned by farmers via a village committee and individual farmers can gain access to agricultural land via a contractual system and apply for land to build homes free of charge.

Farmers who leave permanently for cities can outsource the cultivation of their contracted farmland for a small share of the profits. But, many have left their homes vacant for years or even decades, resulting in a waste of rural land.

Such waste has become particularly acute as the country needs more land amid rapid urbanization in recent decades.

Li’s comment is another clear sign from the central government on tackling inefficient land use, particularly plots used for the construction of rural homes, according to Professor Liu Shouying a prominent researcher on land issues at Beijing’s Renmin University.

The central government sought to clarify farmers’ rights “to own, to access and to use land for homebuilding” in rural areas in a key document known as the No. 1 document released last month.

That document would pave the way for a national policy that requires farmers to pay for extra land they use to build homes and get paid for handing over abandoned homes in rural areas to the local authorities, which would help to free up land for large-scale agriculture or property development.

The nationwide policy follows pilot programs launched in 15 counties in March 2015 that allowed farmers who have resettled in cities to rent their vacant homes to families in their villages and beyond.

Before the trial program, farmers had unlimited access to “free land” for the purpose of building homes. Under the pilot project, rural residents can continue to request local authorities grant them a certain amount of land free of charge to build a home, but they have to pay for extra land over that amount. They are compensated if they use less land than the assigned quota per household.

However, caps on how much farmers should pay or get rewarded remains a sticky point.

The problem of abandoned homes in rural areas has worsened because young people in rural areas prefer to leave home and resettle in cities with their families permanently, Liu said.

Once farmers’ rights to land for home development are secured, the government should gradually allow them to trade their vacant homes either with other farmers or to sell their idle homes back to the government, according to Liu.

At present, rural residents can only use the land for agriculture or homebuilding, but have no right to sell their land.