Xiaomi Eyes U.S. as It Banks on Microsoft’s Global Connections 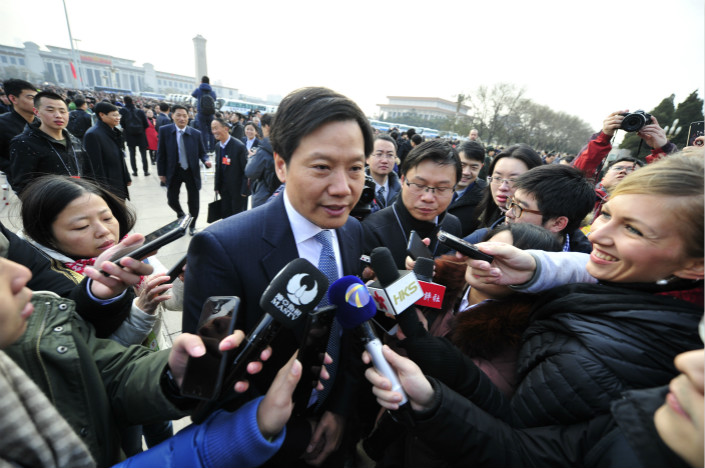 Xiaomi Inc. Chairman and CEO Lei Jun attends a session of the National People's Congress in his capacity as a delegate to the legislature. Lei said on the sidelines of the session that Xiaomi is planning to launch its phones in the U.S. either late this year or in early 2019. Photo: VCG

Global software giant Microsoft Corp. is assisting in smartphone-maker Xiaomi’s drive to go global, which could include a launch of the Chinese company’s signature smartphones in the competitive U.S. market by the end of the year.

Microsoft has had a relationship with Xiaomi Inc. for much of its brief life, initially through tie-ups involving the latter’s licensing of mobile versions of the software giant’s popular programs for applications like word processing, spreadsheets and operating systems.

More recently the pair have extended that relationship to Xiaomi’s use of Microsoft’s patents and cloud services, helping the Chinese company as it tries to go global, Microsoft Asia President Ralph Haupter told Caixin in an interview. As an example of their collaboration Haupter pointed to India, where Microsoft has been supplying cloud services to Xiaomi.

Xiaomi recently marked a major milestone in that market when it unseated Samsung at the end of last year to become India’s largest smartphone brand, according to IDC. The company now sells its signature phones, mostly lower-end models, in nearly 40 countries worldwide. Most of those are emerging markets, though the company stepped into Western Europe late last year with a launch in Spain.

Xiaomi is now preparing to launch its smartphones in the U.S., and plans to make such a move either late this year or in early 2019, CEO Lei Jun said on the sidelines of the annual meeting of China’s legislature taking place in Beijing this week. Lei is a member of the legislature, the National People’s Congress.

Microsoft’s partnership with Xiaomi took a major step forward in 2016, when the latter agreed to transfer about 1,500 patents to the former for undisclosed terms. They announced a further boost to that alliance last month, when they signed a strategic agreement to work together in areas that combine their software and hardware strengths.

To underscore the relationship’s importance, Microsoft has designated Harry Shum, executive vice president of Microsoft's artificial intelligence (AI) and research group, to lead its cooperation with Xiaomi. Shum is responsible for Microsoft’s overall AI strategy, and Microsoft hopes to embed its AI technologies in all Xiaomi devices through the partnership.

Xiaomi is trying to raise its profile in the run-up to a highly anticipated IPO in Hong Kong later this year that could raise more than $10 billion, making it one of the year’s largest. The company was once one of China’s hottest high-tech startups following its founding in 2010, banking on its trendy smartphones and a savvy online-only sales and marketing strategy.

But it later stumbled as that same strategy created bottlenecks and it also suffered from quality issues. Recently it has engineered a comeback, which included a fourth place finish in last year’s fourth quarter among the world’s top smartphone brands, as its unit sales nearly doubled.