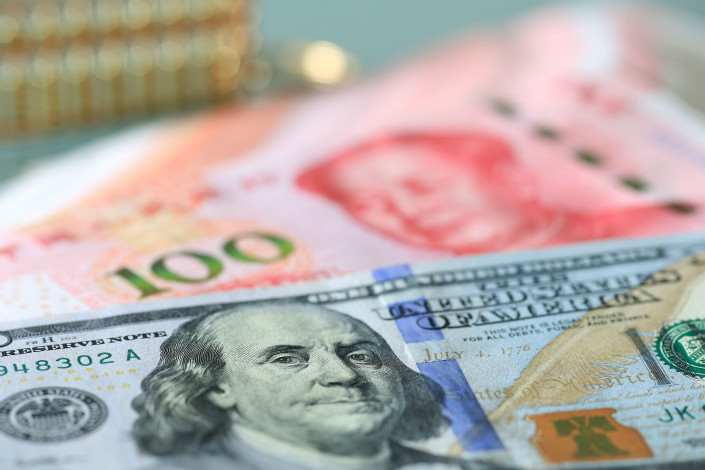 Economists blamed the drop in the value of China's stash of foreign currency on fluctuation in the exchange rate, as the central bank "stayed largely on the sidelines." Photo: IC

China’s closely watched foreign exchange reserves fell by 0.85% in February to $3.13 trillion from January’s $3.16 trillion, marking the first decline since January 2017, according to data from the State Administration of Foreign Exchange (SAFE).

The dip in forex reserves resulted from other currencies weakening against the U.S. dollar, coupled with a correction in asset prices last month, the administration said in a statement which followed the data release.

Economists blamed the drop in reserves on fluctuations in the exchange rate. “Our model suggests that the People’s Bank of China (central bank) stayed largely on the sidelines,” Julian Evans-Pritchard, senior China economist at research Firm Capital Economics, said in a note.

He said Beijing’s pledge to allow a more market-driven exchange rate will be tested if the yuan comes under renewed pressure due to trade tensions or weaker growth.

At the opening of its annual legislative meeting, China toned down its gross domestic product (GDP) growth target for 2018 to “around 6.5%.” Economists believe that economic growth is likely to experience a slowdown going forward as Beijing has vowed to keep financial risks in check.

The Trump administration said last week the U.S. will increase tariffs on imported steel and aluminum. The announcement came as Chinese President Xi Jinping’s top economic aide, Liu He, was in the country on a mission to calm tensions between the world’s two largest trading partners.