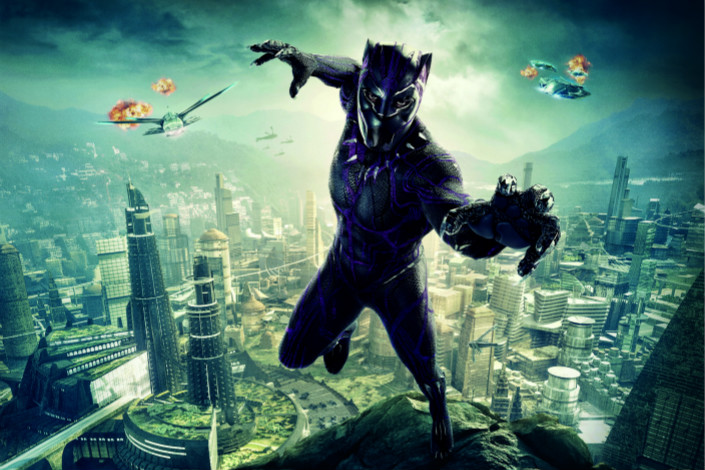 Superhero blockbuster “Black Panther” has raked in more than 430 million yuan at the China box office since it opened in the country on Friday. Photo: VCG

The Marvel Comics-based film raked in 131 million yuan ($20.7 million) Friday on its first day in China, making it the most popular foreign movie so far this year, according to domestic box-office tracker Maoyan. Its total in China is now more than 430 million yuan.

In North American theaters, “Black Panther” — which is the first Marvel production with a black superhero in the leading role — has defended its box office throne for four consecutive weekends, Bloomberg reported, citing an email from Disney.

“Black Panther” is currently rated 6.8 out of 10 on social media site Douban, China’s leading online ranking platform. By comparison, “X-Men: Days of Future Past” pulls in an 8.2, and “The Avengers” an 8.0.

“But (the Marvel series production team) needs to think about what to do in the future, as the series is approaching an end,” Wu said.

China has become one of the world’s largest film markets, taking in 10 billion yuan in February, smashing the monthly box office record for a single market, previously set by the North American market in July 2011.