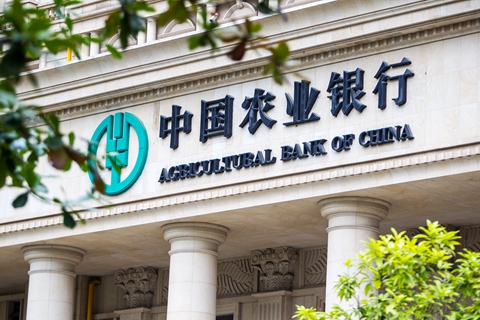 ABC said it chose to raise funds from the private placement of A shares instead of H shares because its H share prices have long lagged behind its A shares. Photo: VCG

Agricultural Bank of China (ABC), the country’s third-largest bank, said on Monday it would raise as much as 100 billion yuan ($15.8 billion) in a private placement of its Shanghai-listed shares.

The bank will use the proceeds to replenish its core tier 1 capital and boost its capital adequacy, ABC said in a securities filing.

ABC, the last of China’s big banks that went public, missed the last round of capital expansion by most state-owned banks in 2011, so this share placement does indicate the beginning of another round of banks’ refinancing, analysts with Shenwan Hongyuan Securities said.

ABC is listed both in the Chinese mainland and Hong Kong. The bank said it chose to raise funds from the private placement of A shares instead of H shares because its H share prices have long lagged behind its A shares.

The fundraising comes as the banking regulator is tightening rules on banks’ investment in nonstandard assets as part of efforts to curb leverage and rein in shadow banking.

The regulatory developments will add to pressure on Chinese banks’ capital ratios. Analysts estimate that Chinese banks need to raise at least 500 billion yuan within the next three years to ensure their capital ratios comply with the requirements.

Caixin reported in late February that the financial regulators were studying measures to allow commercial banks to issue several new instruments for raising capital, including capital securities with no fixed maturity, and convertible bonds that allow holders to convert debt into equity for fixed terms.