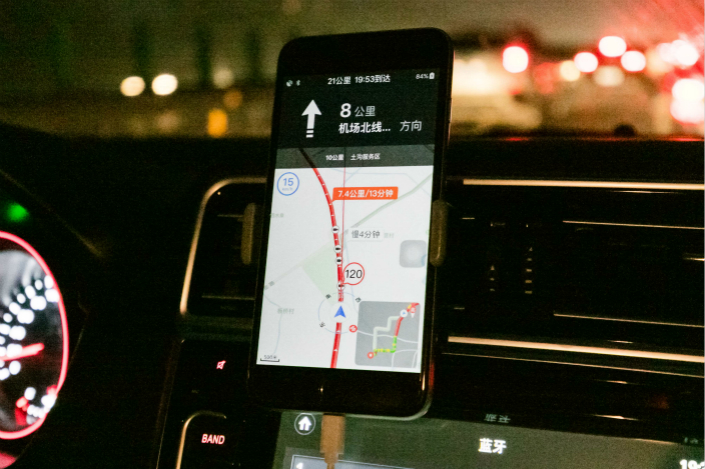 The Baidu Maps mobile navigation system guides a driver down a highway in Beijing in May 2016. Photo: IC

Online search leader Baidu Inc. will merge its mapping unit into its recently established artificial intelligence (AI) division as it steps up its latest drive to diversify beyond traditional search and advertising.

Baidu Maps, which is now under the company’s core search engine unit, will be integrated into AI Technology Platform System, a division Baidu formed a year ago, a representative of the company told Caixin on Tuesday.

Li Dongmin will step down as chief of Baidu Maps and be replaced by Li Ying, a senior executive.

The move is aimed at improving the popular mapping service by consolidating and coordinating resources to incorporate AI technology, Baidu said in a statement. After the restructuring, Baidu will ramp up efforts to develop high definition-maps, a technology widely used in autonomous driving, the company has said.

Baidu was once China’s undisputed leader in online mapping services, but has faced growing competition in recent years. One of its biggest rivals is AutoNavi, owned by e-commerce giant Alibaba Group Holdings Ltd., whose 340 million monthly active users is 100 million more than Baidu’s, according to data consultancy Jiguang.

The mapping move marked the latest in a larger corporate overhaul that has seen Baidu place a major bet on AI since January 2017, when it poached a top executive from Microsoft to become its chief operating officer. It formed AI Technology Platform System that year.

Baidu has turned to AI as its main search engine and advertising businesses stagnate and it looks for future growth opportunities. A key part of its AI drive involves autonomous driving, including Baidu’s launch of a resource-sharing platform called Apollo.