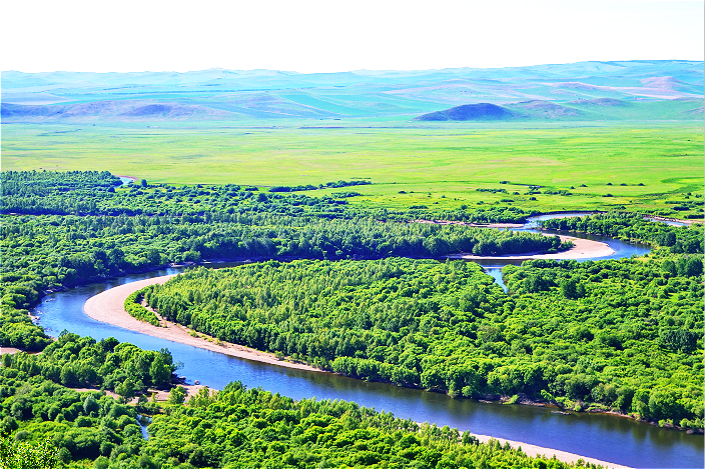 The Erguna Wetland, in the Inner Mongolia autonomous region, is seen in June 2015. Photo: VCG

China will establish two new ministries — one overseeing the protection and exploitation of natural resources and one tasked with environmental protection — according to a major government reorganization plan proposed by the State Council to boost efficiency.

The new Ministry of Natural Resources will absorb functions currently assumed by eight other ministries and administrations in a bid to better protect natural resources and coordinate their use, according to the draft plan announced Tuesday.

The Natural Resources Ministry will also be in charge of registering natural resources and establishing a mechanism for their use.

The Ministry of Land and Resources, the State Oceanic Administration, and the National Administration of Surveying, Mapping and Geoinformation will be disbanded and their functions fully merged into the new ministry.

In December, during a key economic meeting chaired by President Xi Jinping, policymakers listed fighting pollution as one of the three critical tasks for the government over the next three years.

Environmental protection has been a policymaking priority for several years, with Xi reiterating several times during his tenure that China must not pursue economic development at the cost of the environment.

During the most recent winter, industrial firms in the Beijing-Tianjin-Hebei region were asked to slash their production volume in exchange for blue skies.

Meanwhile, the Ministry of Ecological Environment will take over all the responsibilities of the Ministry of Environmental Protection. It will also tackle reducing carbon dioxide emissions, which is now under the purview of China’s top economic planner, the National Development and Reform Commission. The new ministry will also take matters of nuclear and radioactive material security off the hands of the National Nuclear Safety Administration.

The new ministry will be responsible for making policies applicable to the environmental sectors, enforcement of environmental laws and the oversight of pollutant emissions in both urban and rural areas, in a bid to safeguard the ecosystem, the draft said.