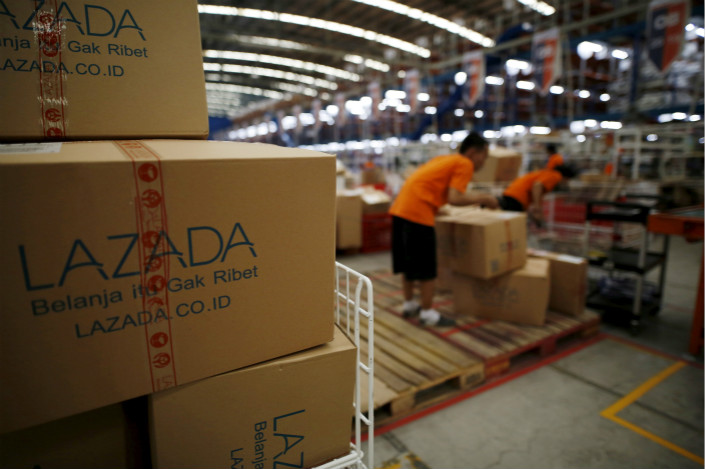 E-commerce behemoth Alibaba Group Holding Ltd. said Monday it will inject another $2 billion into Lazada Group, the Southeast Asian internet shopping giant, as competition heats up in the next battleground for online dollars.

“The investment underscores Alibaba’s confidence in the future success of Lazada’s business and the growth prospect of the Southeast Asian market, a region that is a key part of Alibaba’s global growth strategy,” the Chinese company said in a statement.

The latest move brings Alibaba’s total investment in Lazada to $4 billion. In 2016, Alibaba acquired control of Lazada by spending $1 billion on a 51% stake. Last year, it upped its stake to 83% with another $1 billion. The statement didn’t specify how much of the company Alibaba will own after the latest investment.

Alibaba also said in the same statement that Lucy Peng, who serves as Lazada’s chairwoman, will assume the additional role of chief executive officer. Peng is one of the 18 founders and a senior partner in Alibaba.

Lazada founder Max Bittner, who has served as CEO since 2012, will take on the role of senior advisor to Alibaba.

“With a young population, high mobile penetration and just 3% of the region’s retail sales currently conducted online, we feel very confident to double down on Southeast Asia,” Peng said. “Lazada is well-positioned for the next phase of development and of Internet-enabled commerce in this region.”

Launched in 2012 and headquartered in Singapore, Lazada also has a presence in Indonesia, Malaysia, the Philippines, Thailand and Vietnam. It boasts over 145,000 local and international sellers offering 3,000 brands, and serves more than 560 million consumers.

The venture is gearing up to launch its online platform, JD Central, in April. The site will sell current offerings at JD Central’s brick-and-mortar stores, including Thai produce and regional specialty foods and goods. Thai shoppers in return will have access to Chinese products sold on JD.com.