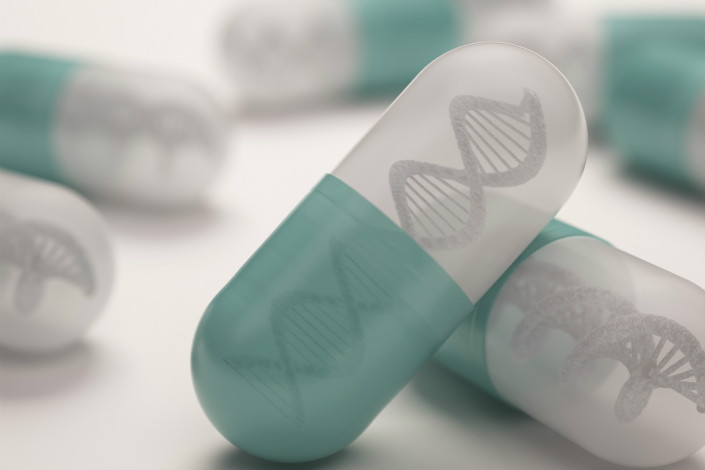 Genscript Biotech Corp. said Monday its revenue grew 33% to $153 million in 2017, the fastest annual growth since 2012, when its financial results were first made public. Photo: VCG

Hong Kong-listed Genscript said Monday its revenue grew 33% to $153 million in 2017, the fastest annual growth since 2012, when its financial results were first made public. Profit increased 53% to $35.7 million last year.

The New Jersey-based biotechnology developer, which was founded by Chinese scientists, earned income from the cell therapy for the first time in 2017, making $18.3 million, accounting for 12% of total revenue.

That income came from a partnership between Janssen Biotech Inc., a subsidiary of American multinational Johnson & Johnson, and Genscript unit Nanjing Legend Biotechnology Co. Ltd., a clinical-stage biotech firm that is developing the cell-based CAR-T therapy.

CAR-T is a type of adoptive cell transfer (ACT) treatment that is considered the “fifth pillar” of cancer treatment, along with drugs, surgery, chemotherapy and radiation. ACT is a form of immunotherapy that collects and uses patients’ own immunity cells to treat their cancer.

The partnership will see Janssen help market and promote Nanjing Legend’s CAR-T therapy on the global market. The pair plans to build three global operating centers in the U.S., Europe, and China, according to Genscript’s annual report.

The deal came with an upfront payment of $350 million from Janssen. During an earnings call, a Genscript representative said that the company didn’t record the entire payment as revenue for last year because it will be recorded in different earnings stages as the project proceeds.

CAR-T technology is still in an early stage of development. To date, only two CAR-T treatments in the world have been approved by a drug regulator. In August, the U.S. Food and Drug Administration approved Novartis International AG’s Kymriah, used to treat children with acute lymphoblastic leukemia. Yescarta, developed by Kite Pharma Inc. for adults with advanced lymphoma, was approved by the U.S. regulator two months later.

A course of Yescarta is priced at $372,000, while Novartis’ Kymriah sells at $475,000, both far from affordable for most patients in China, a nation whose average annual disposable income last year was $4,102.

A week ago, Genscript said that Nanjing Legend received permission to conduct clinical trials from China’s drug regulator, the first step before the treatment can be launched onto the market. There are a handful of Chinese companies that are carrying out CAR-T trials.

Fan Xiaohu, the chief science officer of Nanjing Legend, told Caixin that unlike mass-produced drugs, CAR-T therapy is a customized treatment. This personalization makes it very expensive, and so far, sales of both Kymriah and Yescarta are “still very small.”

A Genscript investor said that if any CAR-T therapy is allowed to launch in China, it would be priced between $47,000 and $79,000, a lot cheaper than in the U.S. as there are a larger number of potential patients in the domestic market.