By Sun Congying and Mo Yelin 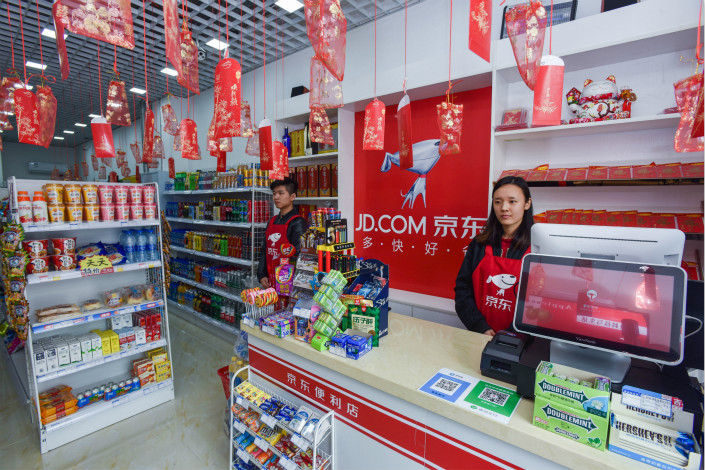 E-commerce giant JD.com plans to expand its physical presence in smaller Chinese cities, where it will double the number of its brick-and-mortar home-appliance stores, the company said.

JD.com Inc. will increase the number this year to 15,000 from 8,000, which is expected to cover nearly all of China’s 1,300 smaller cities, the company said at a business event Tuesday.

The move comes as home appliance sales have stagnated in first- and second-tier cities in China, where even the online market has begun to slow after years of breakneck growth.

In 2017, JD.com made 60.8% of the country’s online home appliance sales, which totaled 490 billion yuan ($78 billion). Tmall, the e-commerce platform of Alibaba Group Holding Ltd., was second at 28.5%, according to the Saidi Institute, a government-affiliated industry consultancy.

JD.com has coined a term for its push to combine online and offline sales — “boundless retail” — and says it plans to open “experience centers” in major Chinese cities this year, where third-party sellers can display their products to consumers.

“The experience of online shopping is still not satisfactory enough,” Liu Jun, head of JD.com’s home appliance unit, told Caixin. “In a physical store, consumers will get more interaction with the product.”

JD.com has signed several deals recently in its battle for offline influence.

In February, the company formed an alliance with Tencent Holdings Ltd. to buy a combined 11% stake in Better Life Commercial Chain Share Co., a supermarket and department store operator.