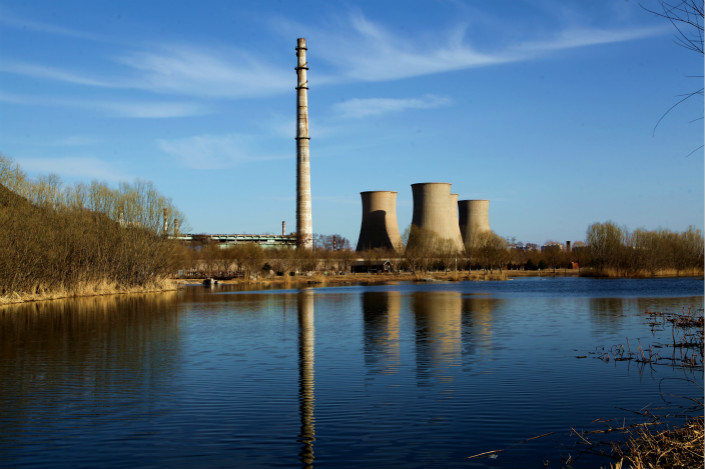 The air has improved around an old Shougang steel mill in Beijing (pictured on March 15). Photo: VCG

Beijing this week unveiled targets for key air pollutants in its 16 districts, but stopped short of setting an overall goal for the capital this year.

The targets specifically address pollution linked to vehicle emissions, dust from construction sites and volatile organic compounds “to further cut concentrations of PM2.5” — the microscopic particles that are particularly harmful to human health.

Beijing cut PM2.5 levels from about 90 micrograms per cubic meter in 2013 to 58 last year, below the 60 it aimed at in a clean-air campaign launched in 2013. But this was still much higher than the annual average of 35 allowed under national standards.

Two downtown districts, Dongcheng and Xicheng, are required to keep average levels of the key pollutant below 58, in what is believed to be first such breakdown for those districts.

The city government did not explain how it comes up with the targets or how districts could push down overall pollution levels in their areas.

The air in Beijing, Tianjin and the northern province of Hebei — commonly known as the Jing-Jin-Ji region — is among the most polluted in China. Hebei alone is home to the six most polluted cities in China.

Hebei said it will prioritize tackling air pollution in four cities along a corridor south of the Taihang Mountain range, which straddles Beijing, and Hebei, Henan and Shanxi provinces, and stops the wind from blowing away pollutants.

China’s four most polluted cities — Shijiazhuang, Xingtai, Baoding and Handan — have been choked with toxic air as a result of excessive reliance on fossil fuels and diesel-powered vehicles, as well as emissions from bloated heavy industries.

Policymakers are drawing up a three-year plan to curb pollution in Hebei, including restructuring industries in those four cities, and proposed changes to energy sources and road transport, according to a local official close to the provincial government.

The source did not say when the document will be released.