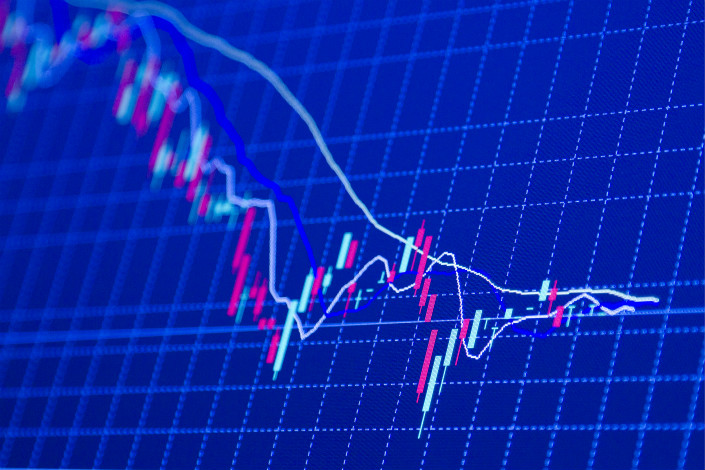 Chinese mainland stocks sank on Friday on fears of escalating trade reprisals between the U.S. and China as both countries announced new tariffs. Photo: VCG

Chinese mainland stocks sank on Friday on fears of escalating trade reprisals between the U.S. and China as both countries announced new tariffs.

The Shanghai Composite Index, the benchmark for mainland stocks, slumped 3.39% to close at 3,152.76, with construction materials, electronics and communication companies down the most.

The Shenzhen Component Index, where most Chinese technology companies are listed, fell 4.02%, while Hang Seng Index, which is more intricately linked with the global financial system, shed 2.45% for the day. The heavyweight shares of Tencent Holdings Ltd., which lost 4.41% of its value, dragged on the Hong Kong index.

Commodities also took a hit. On the Shanghai Futures Exchange, the most-traded contract on rubber plunged by the daily limit soon after it started trading in the morning, while coking coal and glass futures lost more than 4% on the day.

U.S. President Donald Trump announced Thursday that the U.S. would impose new tariffs on $60 billion in annual Chinese imports under Section 301 of the 1974 U.S. Trade Act. In response, China unveiled a plan Friday morning to tax some $3 billion worth of U.S. imports, including fruit, nuts, steel tubes, pork and recycled aluminum.

The tariffs will boost volatility in mainland markets over the short term, though they won’t do fundamental damage, analysts said.

“China-U.S. trade friction will impact global expectations for economic growth, putting commodity prices under pressure and amplifying the risk-off sentiment,” said Zhao Huan, chief analyst at Forture Securities Co. “The volatility of the A-share market will increase and the performance of individual stocks will diverge. However, it won’t hurt the market’s performance in the medium to long term.”

The sectors that could be impacted accounted for 15-10% of A-share revenue and net profit in 2016, “indicating that the impact on overall earnings of A-share stocks is not significant,” Gao Ting, head of China Strategy at UBS Securities, said in a note on Friday.

Several Chinese companies made stock exchanges filings that aimed to downplay the impact of the new tariffs their businesses.

Shenzhen listed Auto Electronics Co., an electronics- and software-maker that owns entities in the U.K. and the U.S., said in a filing that its business won’t be affected by the change of U.S. trade policies. Titan Wind Energy China Co., a Suzhou-based producer of wind turbine towers, said the trade spat would only have limited impact on the company, because it exited U.S. market after authorities there conducted an investigation into wind turbines exports in 2012.

The trade tensions have sent stock and bond traders running away from risky moves, said Hannah Anderson, global market strategist of J.P. Morgan Asset Management. “U.S., Korean, and Taiwanese companies make up a significant portion of the global production chain of Chinese exports. Hence, import tariffs in the U.S. on products from China may not be borne by Chinese companies at all. Chinese listed firms, on the other hand, derive most of their sales — around 80% — from the domestic market.”

The circumstance sent other Asian stock markets lower on Friday, with Japan’s Nikkei Stock Average finishing the day down 4.5% as investors dumped shares in the export-heavy index after the yen’s sharp gains.