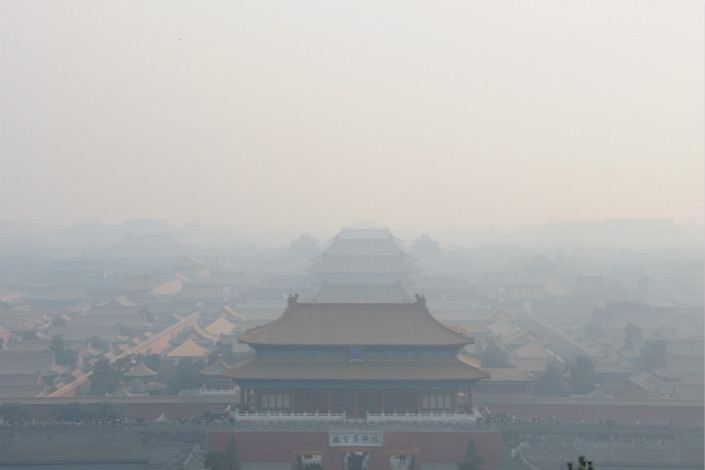 More than 30 cities in northern China, including Beijing, are on a major alert over toxic air moving into the region, the third bout of heavy smog this year.

The Beijing municipal government ordered trucks used to transport construction materials and waste off roads from Monday to Wednesday under the orange alert.

Industrial manufacturers, which are on a government list to curb operations during orange alerts, should automatically comply with the requirements, the government said in a directive issued Sunday.

City-level governments are responsible for activating air pollution alerts, and orange is second on a four-tier warning system. Specifically, an orange alert is issued when the Air Quality Index (AQI) is expected to rise above 200 for three straight days, with at least one day above 300, according to the Ministry of Ecological Environment.

When the AQI exceeds 100, the air is considered unhealthy, according to national standards.

A total of 33 cities across the provinces of Hebei, Henan and Shanxi issued an orange alert.

The latest bout of foul air comes after the region, particularly in Beijing, has enjoyed a winter largely free of heavy air pollution, which regulators partially attributed to a clean-air campaign introduced in 2013.

This wave of smog is the result of emissions from industrial manufacturers, after curbs on operations in northern China were lifted as winter ended, according to the environmental ministry.

A lack of southbound wind amid rising temperatures in North China is also making pollutants harder to disperse, the ministry said.