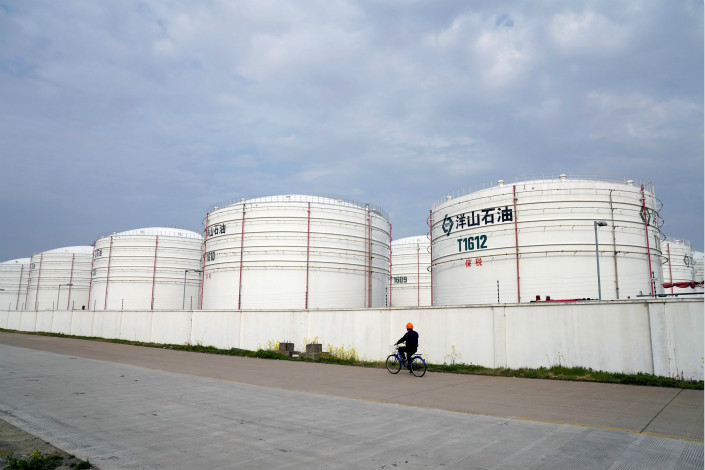 Shanghai crude oil futures got a lot of investor attention during their debut on Monday, with the most-active contract jumping 3.34% to 429.9 yuan ($68.07) per barrel.

Almost 40.7 million barrels of oil changed hands via the September contract during Monday’s five-hour session, according to data from the Shanghai Futures Exchange. About 18.3 billion yuan in crude oil futures changed hands.

The high volumes reflect the needs of the market, said Shi Chunsheng, deputy general manager of Yongan Futures Co. Ltd. “China is now the world’s biggest oil importer and is trading oil at a premium,” he said.

China has had crude oil futures in the works for about a decade. The goal of such a contract is to create an oil pricing benchmark for the Asia-Pacific region. Sixteen crude oil futures are traded worldwide. The two dominant contracts are West Texas Intermediate, traded in New York City; and Brent, which trades on the ICE Futures Europe exchange in London.

Chinese authorities had made progress setting up trading facilities and rules for crude oil futures in 2015. However, a stock market crash that summer sent the benchmark stock index plummeting 40% and put the launch of the contract on hold.

To regulators, the launch of the yuan-denominated oil future marks the first commodity derivative allowing foreign investors to trade, and reflects China’s growing global pricing power for the commodity.

“The launch of crude oil futures is a financial innovation, as well as a move toward opening the financial system,” said Fang Xinghai, vice chairman of the China Securities Regulatory Commission (CSRC), during the launch event for the contract. “The CSRC will announce other new measures like crude oil futures so that global pricing more closely reflects the supply and demand of the Chinese market.”