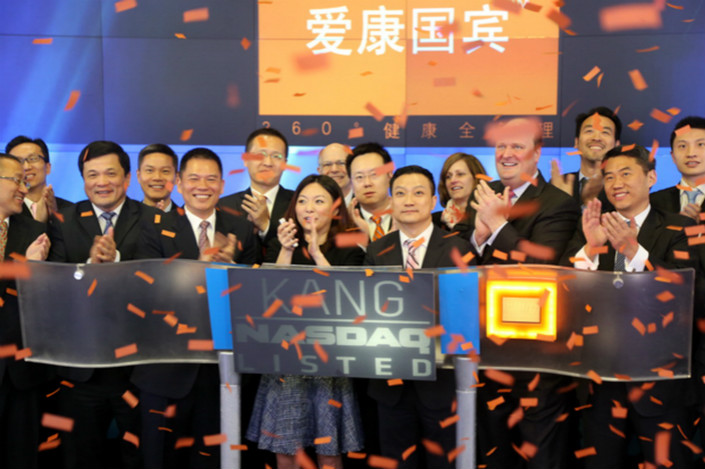 The consortium offered $20.60 for each of iKang’s American depositary shares (ADSs), which represents a 15% premium over the closing price of $17.92 per ADS on March 9, the last trading day before the company received the privatization proposal.

The news boosted iKang shares by 7.7% on Monday.

The Alibaba-led consortium resumed its bid to privatize iKang in early March, nearly two years after its drive to do so had ground to a halt. It comes as Alibaba has been expanding its health care interests beyond its online pharmacy and doctor network.

IKang operates one of China’s largest private clinic networks, offering medical checkups at 110 of its own medical centers in 33 cities as of Monday. Its total coverage extends to more than 200 cities through contracts with third-party facilities.

The latest offer matched a proposal Yunfeng made in June 2016 to acquire iKang for $20 to $25 per ADS in an all-cash transaction, which was interrupted by rival bidders. But iKang “has been continuing to negotiate with Yunfeng,” according to a March 12 iKang statement.

IKang’s Zhang considered Meinian’s proposal an attempt at a hostile acquisition. Yunfeng then joined the battle as a “white knight,” making an offer in June 2016, a person close to the deal told Caixin at the time.

Both Zhang and the Meinian consortium withdrew their bids days after the Yunfeng offer, leaving it as the only suitor. However, China Life Insurance Co. unexpectedly emerged as a fourth bidder, offering a price that was “slightly higher than $20 per ADS,” a source close to China Life told Caixin at the time.

Progress on the deal the stalled, only to be resumed by Alibaba in March this year. The deal is expected to close during the third quarter of 2018, iKang said.