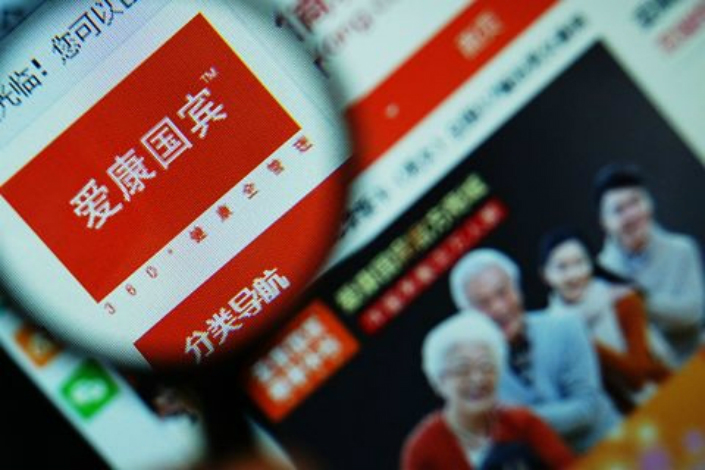 A bidding war for private clinic operator iKang has come back to life with a bid of $20 per American Depositary Share by Jack Ma-backed Yunfeng Capital. Photo: VCG

Bidding has resumed to privatize Nasdaq-listed clinic operator iKang Healthcare, with an offer from Alibaba Investment Ltd. and Yunfeng Capital, which is backed by Alibaba founder Jack Ma, coming nearly two years after the proposal got stuck amid competing offers.

The latest proposal from Yunfeng and the affiliate of Alibaba Group Holding Ltd. offered an all-cash buyout of iKang Healthcare Group Inc. for $20 per American Depositary Share (ADS) or $40 per share, according to an iKang statement on Monday

The news boosted iKang shares by 4.91% on Monday.

The company “will carefully consider and evaluate” the proposal, it said in the statement, without offering a time frame. The company did not respond to Caixin’s request for further information.

The potential deal comes as Alibaba has been seeking to expand its health care business beyond its online pharmacy and doctor network. IKang is one of China’s largest private clinic networks, offering medical checkups with 110 medical centers in 33 cities as of Monday. Its coverage extends to more than 200 cities by contracting with third-party facilities.

If the consortium succeeds in the buyout, iKang should see additional benefits, as Alibaba is expected to attract more health care clients through its online network, according to a report by Haitong Securities.

Alibaba’s involvement may also help it expand into the private health examination industry in China. Compared with public hospitals, the private centers offer lower prices and have outlets nationwide, according to the report.

The latest offer matched a proposal Yunfeng made in June 2016 to acquire iKang for $20 to $25 per ADS in an all-cash transaction, which was interrupted by rival bidders. But iKang “has been continuing to negotiate with Yunfeng,” according to the statement.

Efforts to privatize iKang took place in 2015, a year after the company listed on the Nasdaq Stock Market. A consortium led by iKang founder and CEO Zhang Ligang pledged $17.80 per ADS to privatize the firm.

But the plan was interrupted by rival Meinian Onehealth Healthcare Holdings Co. Ltd., which, together with several investment firms, made a competing offer of $22 per ADS, raising the price to $23.50 and eventually to $25.

iKang’s Zhang considered Meinian’s proposal an attempt at a hostile acquisition. Yunfeng then joined the battle as a “white knight” rescuer, announcing a proposal in June 2016, a person close to the deal told Caixin at the time.

Both Zhang and the Meinian consortium withdrew their bids days after the Yunfeng offer, leaving it the only suitor. However, China Life Insurance Co. unexpectedly emerged as a fourth bidder, offering a price that was “slightly higher than $20 per ADS,” a source close to China Life told Caixin at the time.

No updates have been reported since then.

“There can be no assurance that … any other potential proposal submitted to the company (iKang) or any other transaction will be approved or consummated,” iKang said on Monday.