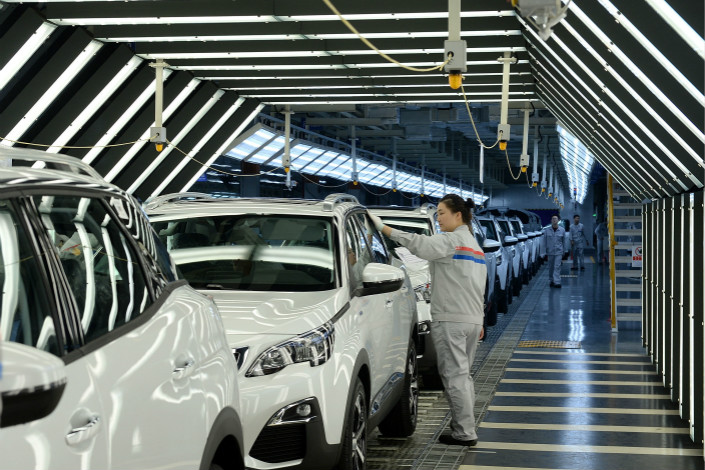 French carmaker Groupe PSA is setting up a joint venture with Dongfeng Motor Group to offer leasing services to Chinese customers, in a bid to turn around sales after a three-year market slowdown.

Based in Wuhan, Hubei province, the new company will be injected with 300 million yuan ($47.7 million) of capital, it said in a statement Monday.

Under the deal, Dongfeng Peugeot Citroen Automobile Company Ltd. (DPCA) — a PSA-Dongfeng joint venture — will have a 50% stake, while Dongfeng and PSA’s financial unit, Banque PSA Finance, will each have 25% of the shares.

“Leasing activities in China will be an essential lever that contributes to the sales performance of our brands,” said Remy Bayle, CEO of Banque PSA Finance.

“They will represent a complementary full range of offers to the current financing solutions and will address the new usage of the automobile. This new activity will bring strong support to the growth plan of DPCA," he added.

The new leasing company will particularly serve the customers of Peugeot, Citroen and DS, the statement said.

Industry experts said the deal shows a shift in PSA’s business model in China, where car-sharing and car rental have become increasingly popular.

Liu Weidong, Dongfeng’s vice president, has attributed PSA’s poor performance to its late arrival to the popular SUV market, growing competition from Japanese brands, and the Chinese government’s anti-monopoly policies that prevented it from setting final sale prices for dealers.

Dongfeng, which owns 13% of PSA’s shares, also has a joint venture with the latter to manufacture mainstream Peugeot and Citroen cars. The French automaker also has another partner, Changan Automobile Group, which helps sell its upscale DS models in China.