No Hospitality on Wall Street for Hotelier GreenTree 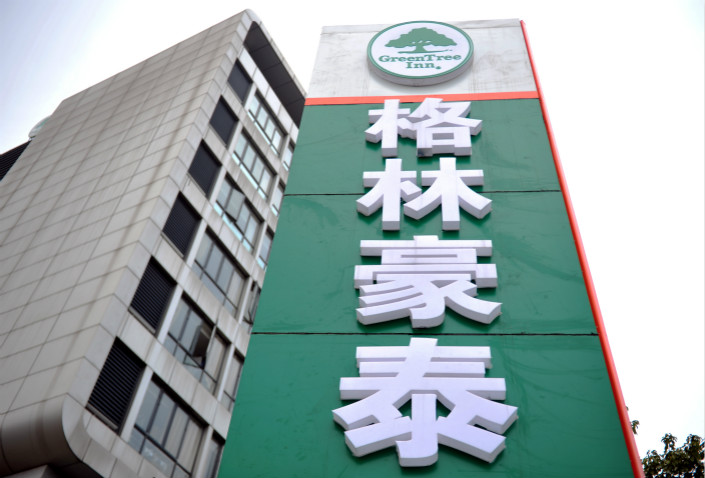 Shares of hotel operator GreenTree Hospitality Group Ltd. sagged in their New York trading debut, ahead of larger IPOs by online video sites iQiyi and Bilibili in one of the busiest seasons for such new offshore listings in nearly four years.

A flood of Chinese IPOs have been coming to market in New York since late last year, covering a wide range of sectors as companies seize on a window of positive sentiment. Many of the earliest names came from a new generation of financial technology (fintech) companies that combine financial services with the internet, while education services firms have also been well represented.

The latest listing by GreenTree came from the more traditional hotel space, and saw the company’s shares drop 7% from their IPO price on their first trading day. The stock had priced below its previously announced range, and the company slashed the size of the offering by nearly half due to weak demand.

In the end it raised $143 million through the issue of 10.2 million American Depositary Shares. Those shares ended their first trading day at $13, compared with an offering price of $14.

The lackluster debut followed a similarly weak performance last week for education services provider Sunlands Online Education Group, whose shares dropped 3.5% on their first trading day and are now down 7% from their IPO price. That offering also saw the company raise about $150 million, or half of its original target.

Both offerings could have been the victims of poor timing, especially the Sunlands IPO that came just a day after the administration of U.S. President Donald Trump announced a plan to levy tariffs on $50 billion worth or Chinese imports as punishment for unfair trade practices, said Ryan Roberts, an analyst at MCM Partners. U.S. markets fell sharply after that announcement, with the benchmark S&P 500 losing nearly 5% in the subsequent two trading days over concerns about a potential trade war.

“For both GreenTree and Sunlands, I suspect there may be an element of unfortunate timing regarding their poor post-IPO performance,” Roberts said. “Turmoil in the markets has been elevated in recent trading, which appears to be directly impacting risk appetite, and IPOs are for the more adventurous.”

The two smaller offerings are a prelude to three more slated for later this week, with video sites Bilibili Inc. set for Wednesday and iQiyi Inc. for the next day. Both companies sharply raised their original fund-raising targets after meeting with strong demand. Bilibili now aims to raise up to $600 million and iQiyi is looking at up to $2.7 billion. In addition, education services firm OneSmart will also make a Wednesday debut for a deal expected to raise up to around $200 million.

Roberts said the iQiyi and Bilibili listings could fare better than Sunlands and GreenTree, since the former pair come from the technology sector. Bilibili is known in China for its online video services that let viewers input and read each other’s comments directly on their screens as they watch movies and TV shows. Meantime, iQiyi is one of China’s top online video sites and will become the country’s biggest standalone video company to be listed overseas.

“For Bilibili and iQiyi, they may see some of the same pressure, but in both cases, the ‘story’ may help,” said Roberts. “Both focus on emerging growth industries, since Bilibili offers online, mostly mobile, entertainment for Generation Z, and iQiyi is perceived as borrowing a page out of Netflix’s playbook. Thus they may see stronger demand given growth expectations in their target markets.”