By Yu Ning and Zhou Qijun 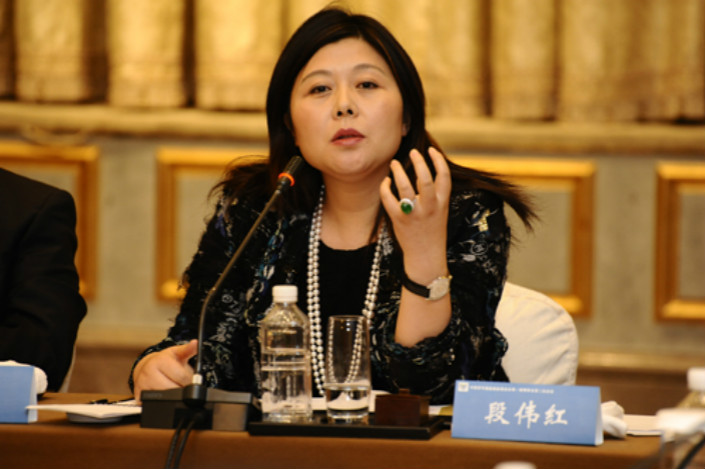 Duan Weihong speaks at a meeting with the China Foundation for Youth Entrepreneurship and Employment on Jan. 28. Photo: Communist Youth League

A prominent businesswoman who made her fortune using close government connections to invest in a leading insurer and several Beijing infrastructure projects has become “cut off from the outside world,” following the downfall of her patron, disgraced former Communist Party rising star Sun Zhengcai, several people who know her told Caixin.

Duan Weihong, whose company owns the property housing Beijing’s new Bulgari Hotel, has been out of contact for at least five months since Sun was put under investigation by the ruling Communist Party’s top anti-corruption body in July, according to the sources. Before his downfall, Sun had been party chief of the southwestern municipality of Chongqing.