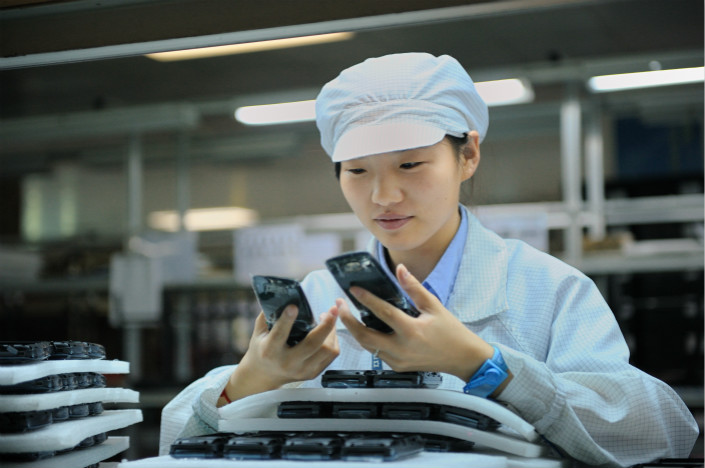 “The staff adjustment of the factory has been submitted to the relevant labor authorities,” the company said Friday in a statement.

“We also have had consensual communications with the employees to negotiate the annulment of the contracts. All relevant compensation will strictly follow the labor agreements,” it said.

The company declined to offer more details, including the scale, purpose or time line of the retrenchment. Chinese media reports, citing leaked internal documents, said the contract annulment negotiations with employees will be finished by the end of April.

Those who do not accept the compensation deals will be put on unpaid leave until further notice, the reports said.

Gionee’s factory in Dongguan spans 300 acres with a gross floor area of 300,000 square meters (74.1 acres) — bigger than 40 soccer fields. It is capable of producing 80 million handsets each year, according to a Chinanews.com report based on a 2016 visit to the site.

Shenzhen-based Gionee is one of the more globally diverse players in a crowded field of Chinese smartphone brands. It was one of the first to enter the Indian market, which has since gone on to attract many of Gionee's rivals.

But sales in Gionee home market have slipped, and it was overtaken in India by more market-savvy Chinese competitors such as Xiaomi Inc.

In January, Gionee Chairman Liu Lirong acknowledged that the company is embroiled in a financial crisis due to excessive spending on investment, operations and sales in 2016 and 2017. Chinese media reports said the company has almost 10 billion yuan ($1.6 billion) in debt.

Liu has said Gionee plans to rope in new strategic partners or sell off assets to repay its debts. The company confirmed this month it’s closing in on talks for new capital injection.

Gionee is also seeking to recover its market share in India, the world’s second-largest smartphone market.

The company is in talks with the Indian government to open a manufacturing plant in Faridabad, in the northern state of Haryana, to produce phones, Indian newswire IANS quoted a Gionee executive as saying on March 22.

Gionee aims to be one of the top three smartphone brands in India in the first half of 2019 by partnering with online retailers that include Amazon India, Flipkart and Paytm, the report added.