Sunac Writes Off Most of Investment in Leshi, Admitting ‘Failure’ 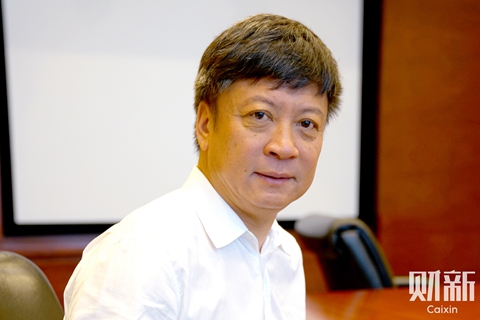 The Chinese property giant that had poured some 16.8 billion yuan ($2.67 billion) to rescue the debt-plagued tech giant LeEco a year ago admitted its investment was a “failure.”

Sun Hongbin, chairman of Sunac, resigned as Leshi’s chairman earlier this month, raising speculation that the white knight had given up his rescue efforts.

Sun had criticized LeEco’s founder Jia Yueting for not knowing how to “cut off a broken arm to save life,” referring to LeEco’s over-expansion in too many fields that left the company short of funds.

When asked whether he will seek cutting off an arm in his Leshi’s investment, Sun said, “How can I cut off an arm when the head is already off?”

“Without the experience of pain and suffering from of a loss, even the smartest person cannot grow,” Sun said. “A business that has never suffered a loss will never grow big.”

Sun said he may also invest more in New Leshi Zhijia, either through Sunac or other investors, because he still has faith in consumer-related sectors. Sunac now owns a 33.5% stake in the TV maker.

Leshi had been trying to integrate its film unit into the listed parent company, but the plan couldn’t proceed because a stake held by LeEco had been frozen. Chinese courts froze most assets of LeEco and its subsidiaries after the company ran up billions of yuan in debt.

Last month, Leshi reported a loss of 11.6 billion yuan for 2017, its first annual loss since listing in 2010 and nearly six times of its total profits in the past seven years. That made it ineligible to raise capital through private placement.

Sun recently said in an interview that Leshi is facing an extremely big risk of delisting.

Leshi shares were suspended from trading beginning April of last year until Jan. 23. The shares have lost more than 70% of their value since they resumed trading.

When asked whether he would consider selling his Leshi assets, Sun said jokingly that he would sell at a discount to anyone willing to take them.