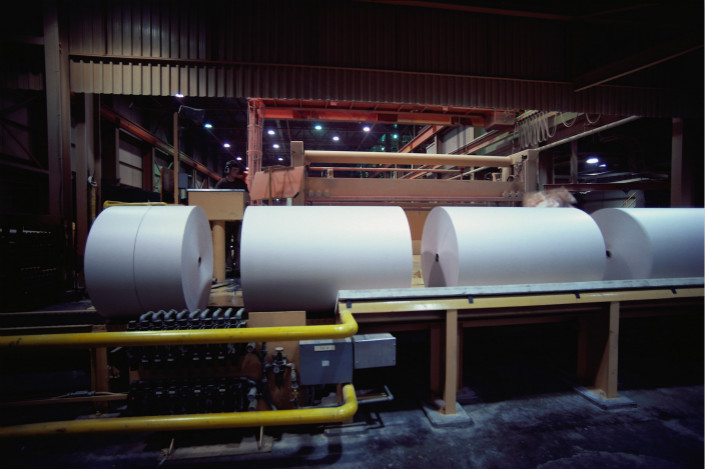 Shanying Paper will become the majority shareholder of a new pulp mill in Finland, which will be able to process about 500,000 tons of wood pulp a year. Photo: VCG

Under the new partnership, Shanying will become the majority shareholder, operational partner and major buyer for the new facility, which will have an annual capacity for processing about 500,000 tons of wood pulp, Boreal Bioref said in a statement on Friday.

The Finnish company did not give a monetary value of Shanying’s investment, but the New York Times reported the amount would be around 950 million euros ($1.17 billion).

Boreal Bioref said negotiations about the facility began in November and were facilitated by the company’s strategic partner, China CAMC Engineering Co. Ltd. The Finnish company said it will continue to work with Shanying and CAMC to identify other similar development opportunities around the world.

China has been encouraging its infrastructure builders like CAMC to take their expertise to other countries under its “Belt and Road” initiative, which encourages such companies to export their products and services to developing markets. Many projects under the fledgling program are being financed by Chinese policy lenders and other financial institutions linked to China.

“According to the plan, construction works will commence in the summer of this year and, according to schedule, the biorefinery will be completed by the end of 2020,” the Finnish company said in a statement.

Shanying is China’s third largest producer of paper and board products. It owns assets in the U.S., Japan and Europe. Last year, it acquired Nordic Paper, a manufacturer of specialty pulp paper for about $350 million. The Swedish company also has the capacity to process 500,000 tons of pulp annually.

The Boreal Bioref plant is one of several new such projects in Finland. The region’s paper producers continue to suffer from a movement to electronic books, but makers of specialty products like tissue and packaging board have fared better.