By Huang Kaixi and Han Wei 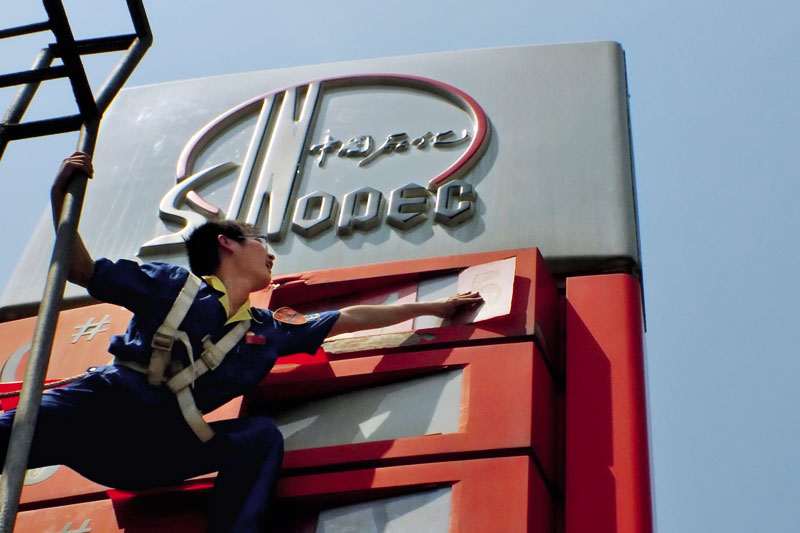 Sinopec expects to increase its clean fuel production to half of its total supplies. Photo: VCG

Sinopec Group said it will expand its natural gas capacity, boost shale gas production and grow its electric-car-charging business over the next six years — all efforts to make its business greener.

State-owned Sinopec, China’s leading oil refiner, released on Monday a plan that will make clean-fuel production — including natural gas, biodiesel and ethanol gasoline — account for half of its total energy supplies by 2023.

According to Sun Huanquan, director of Sinopec’s oil-field department, the company has launched early-stage work to develop a newly found shale gas field in Sichuan.

China is now the world’s biggest market for electric cars. Sales of new-energy vehicles — including battery-powered, plug-in hybrid and fuel cell cars — are expected to surpass 1 million this year, according to the China Association of Automobile Manufacturers.

Dai said although gasoline will remain the main source of fuel for vehicles for a while, Sinopec should be prepared to shift its business focus from fuel production and refining business to petrochemical production.

Sinopec said it plans to invest 40 billion yuan ($6.37 billion) in the next six years to expand clean energy capabilities and upgrade its production technologies.