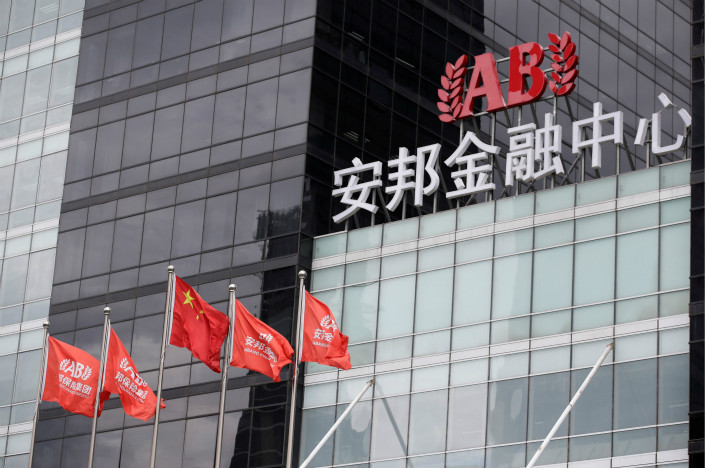 The Beijing headquarters of the Anbang Insurance Group. Photo: VCG

The capital injection aims to ensure Anbang has “adequate” ability to repay its debts so as to stabilize its operations and protect the interests of policyholders, the China Insurance Regulatory Commission said in a statement. With the injection, which the commission approved, Anbang’s registered capital will remain at 61.9 billion yuan.

CISF is a state-run bailout fund that monitors risks inside the insurance industry and provides assistance when a default risk emerges, according to its official website. CISF also participates in the liquidation of an insurance company when it is dissolved or declared bankrupt.

Wu Xiaohui, former chairman of Anbang Insurance Group, admitted in court last week that he was involved in fundraising schemes that hauled in more than 723 billion yuan from illicit insurance sales.

The politically well-connected Wu faced charges including fundraising fraud and embezzlement at Shanghai No. 1 Intermediate People’s Court. He expressed his regrets to the court and asked for leniency.

On Feb. 23, the insurance regulator announced it was taking control of Anbang for a year. Senior regulatory official He Xiaofeng is the leader of the team that took over the insurer.

The insurance watchdog said Anbang would remain a private company after the takeover.