Anbang Taken Over by Insurance Regulator 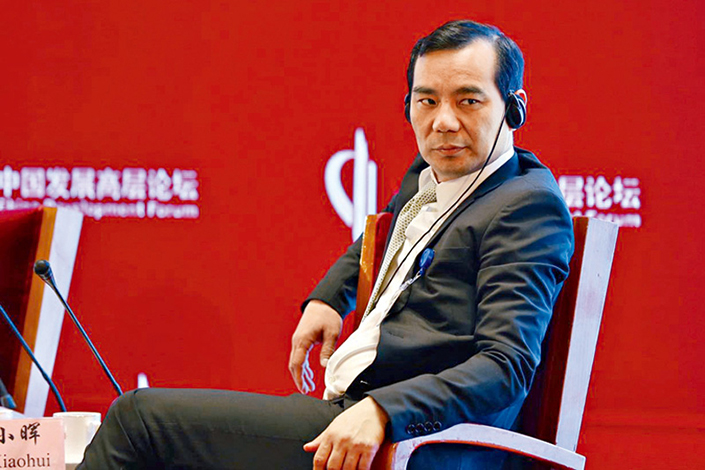 *Founder Wu Xiaohui has been charged with economic crimes

China’s insurance regulator said Friday it will take over embattled Anbang Insurance Group Co. Ltd. for a year to protect consumers’ rights, as the company struggles to pay back investors following a massive global buying spree, according to a statement on the regulator’s website.

Anbang founder Wu Xiaohui has been charged with committing economic crimes, according to the statement from the China Insurance Regulatory Commission (CIRC). It added the takeover will not change the debt obligations of Anbang, which first burst into the headlines with its $2 billion purchase of New York’s storied Waldorf Astoria hotel in 2014.

A working group that will lead the one-year takeover has been formed by the CIRC in coordination with other regulatory bodies including China’s central bank and agencies overseeing the banking and securities industries, as well as foreign exchange.

The 31-person group is led by He Xiaofeng, a senior CIRC official, and will take over responsibilities now handled by the company’s general shareholders, as well as its board of directors and supervisory board.

The takeover process will not change the group’s private nature, the CIRC said, adding the process will introduce high-quality social capital into the group and restructure its equity.

The regulator said the takeover could be extended into a second year if necessary if Anbang failed to complete the equity restructuring and resume its normal operations. The overall term of the takeover will be capped at two years.

The Shanghai prosecutor’s office has charged Wu with fundraising fraud and abuse of his position, and sent the case to the Shanghai No. 1 Intermediate People’s Court, according to a statement from the prosecutor.

The tightly-held company experienced explosive growth starting in 2014, when its life insurance premium business started to take off. It was fueled by sales of “universal life insurance” — a type of policy that combines a death benefit with a high-return investment. In 2014, Anbang’s life insurance subsidiary Anbang Life Insurance Co. reported 52.9 billion yuan ($8.4 billion) in premium revenue, surging from 1.37 billion yuan a year before, according to the Chinese insurance regulator.

The company’s registered capital also jumped sharply at the same time, swollen by a series of complicated transactions that form a maze of capital flows involving more than 100 companies, all linked to Wu.

In June, Anbang Group said on its website that Wu couldn’t perform his duties due to “personal reasons” and had authorized other executives to carry out his responsibilities, adding that the company’s operations remained normal.

Anbang came under growing regulatory pressure after that, as CIRC said it had sent an inspection group to the company to intensify on-site oversight and improve its business management and operations to protect the rights of the company’s customers and other relevant parties.

The acquisitive private insurer has been unloading its holdings in several major Chinese banks after its Anbang Life Insurance subsidiary was suspended from offering new insurance products for three months last year. It was also ordered to stop selling universal insurance policies and some of its annuity contracts, which significantly hit revenues.

Anbang, China’s third largest insurer with 1.97 trillion yuan in total assets, is one of a new generation of aggressive Chinese companies that embarked on global buying sprees over the last five years, targeting everything from real estate to financial and entertainment companies.

However, many of those companies, including Anbang, HNA Group Co. Ltd. and Wanda Group, are now feeling the pressure of heavy debt loads after making billions of dollars in purchases.

This article has been updated to clarify that former Anbang Chairman Wu Xiaohui has already been charged with economic crimes.